The Power of Japan’s Religious Party

Japanese Prime Minister Shinzo Abe’s victory in the upcoming December 14 general elections is expected. But the extent of the political foothold of the ruling Liberal Democratic Party (LDP) will be dependent once again on the support of the Soka Gakkai, the massive Buddhism-based organization that dominates Japan’s religious landscape.

Japanese Prime Minister Shinzo Abe’s victory in the upcoming December 14 general elections is expected. But the extent of the political foothold of the ruling Liberal Democratic Party (LDP) will be dependent once again on the support of the Soka Gakkai, the massive Buddhism-based organization that dominates Japan’s religious landscape. In fact, the LDP would not be able to form a government without the religious group’s support. The question is what the cost of Soka Gakkai’s support will be for Abe.

As has been the case for every Japanese electoral contest since the mid-1950s, thousands of people across Japan right now are receiving solicitations from Gakkai adherents to vote for Soka Gakkai’s affiliated party Komeito, the “Clean Government Party.” Meanwhile, Gakkai members are turning out en masse to cheer for Komeito and coalition partner LDP candidates at rallies; mapping out local businesses to target for candidate support; and compiling lists of relatives, school friends, and acquaintances, however far-flung, to solicit in a practice called f-tori: “friend-getting,” a vote-gathering tactic that circumvents Japan’s prohibition on house-to-house campaigning.

No other Japanese group can out-mobilize Soka Gakkai when it comes to electioneering. It is this unmatched voting power that inspires accusations from religious and political rivals that Soka Gakkai and Komeito violate Japan’s constitutionally-guaranteed separation of religion and state. This same power cements the coalition partnership between Komeito and the LDP.

But why are Soka Gakkai members so intensely engaged in electioneering? Does policy play a role in Gakkai support of Komeito? And is there a limit to compromises Soka Gakkai vote-gatherers are willing to accept before they stop supporting the LDP–and Komeito itself?

For Gakkai adherents, electioneering was originally a religious mandate. Soka Gakkai founded the Clean Government Party in 1964, but the religion backed independent candidates for election from 1955 as part of a bid to secure government support to construct a “national ordination platform” (kokuritsu kaidan), a facility that would mark the conversion of the populace to Soka Gakkai’s version of Buddhism, which originated in the teachings of the 13th century Japanese reformer Nichiren. To realize this goal, Gakkai members engaged in electioneering with the same zeal they brought to proselytizing, and in those heady early days some members were arrested for violating elections law. Daisaku Ikeda, now honorary president of Soka Gakkai and the group’s unquestioned authority, was arrested in Osaka in 1957 for overseeing elections violations. He was cleared of all charges in 1962, and while outside observers may regard his experience as a matter of legal wrangling, Gakkai members narrate the Osaka incident as their mentor Ikeda’s righteous struggle against tyranny and a model for their own electioneering efforts today.

Soka Gakkai and Komeito officially separated in 1970 after a series of scandals, and both abandoned the ordination platform objective. Gakkai members do not violate the 1947 constitution as they choose to support Komeito, but accusations along these lines remain standard political and media tropes. And adherents today elicit negative reactions as they perpetuate a hard-sell electioneering approach that took shape in the 1950s and ‘60s, the decades in which gathering votes became a Gakkai duty as important as chanting Nichiren Buddhist scripture or converting new adherents.

Drawing on its Soka Gakkai origins, Komeito has long promoted itself as a party that supports peace, and its other policies almost invariably appeal to its primary constituency, the Gakkai’s married women’s division. This has resulted in Komeito platforms that focus on the welfare of ordinary Japanese families. Because of its history of attending to pacifism and social welfare, Komeito has recently attracted attention for compromising on constitutional interpretation and going along with Prime Minister Abe’s call for a raised consumption tax.

During discussions this past year about reinterpreting the constitution’s Article Nine that commits Japan to pacifism, Komeito portrayed itself as, and was considered by many outside observers to be, the only political force in a position to prevent the LDP from terminating the radically pacifist, non-interventionist policy Japanese governments had promoted since the end of the Second World War. Komeito publications referred to the party as the “opposition within the ruling coalition” (renritsu no naka no yatō), marking a change in its prevailing public image from Soka Gakkai functionary to a political entity that would oppose conservative proposals from within the government.

When Komeito went along with the Abe cabinet’s reinterpretation of Article Nine and agreed to shift Japan toward participation in collective defense agreements, some Gakkai members expressed dismay, as they had more than a decade ago when Komeito compromises allowed the dispatch of Japan Self-Defense Forces troops to Iraq. The clearest expression of Gakkai-member dissent in 2014 appeared in the July 13 gubernatorial election in Shiga Prefecture, a vote held less than two weeks after the cabinet decision. Takashi Koyari, a former advisor to Abe’s cabinet and successor to the outgoing LDP governor, lost the election to Taizo Mikazuki from the Democratic Party of Japan. Although 92 percent of Komeito supporters voted for Koyari–two percentage points higher than Koyari support among LDP voters–the total number of Komeito voters was down from previous elections. Thus, while Komeito politicians regard compromise with the LDP as a successful strategy to remain in power, the party’s supporters do not necessarily hold the same view, and they are willing to make their dissatisfaction clear through their own compromises–namely, by holding back on the Gakkai practice of soliciting votes.

The fate of other key Komeito policies from the last two years potentially complicates predictions of how the party’s supporters will vote December 14. Komeito was the main force behind the Japanese government’s “new system to support children and childcare” (kodomo/kosodate shien shinseido); 700 billion yen that was to be gained from the 2014 consumption tax increase was slated for the new system. While the LDP hardly mentioned the policy, Komeito publicized it as their successful intervention. However, Komeito removed news about the new system from its party homepage in late November 2014: because the consumption tax hike has been delayed until April 2017, there will be no new money for childcare from this source in the immediate future. 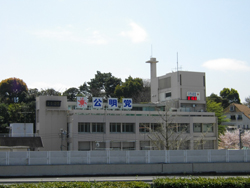 For decades, Komeito fought the introduction of a consumption tax, and once the tax was adopted the party opposed rate hikes. But in 2012, while still in opposition, Komeito agreed to support an increased tax in exchange for electoral advantage. Komeito and the LDP subsequently returned to power in the general elections of 2012, buoyed by a mandate to stimulate the economy. After this, however, Komeito immediately campaigned to introduce a lower consumption tax rate for daily necessities, an idea that was opposed by the Ministry of Finance and some LDP politicians. Komeito prevailed: shortly before Prime Minister Abe called the election in November 2014, it won a lower daily necessities consumption tax as a major concession from the LDP. Komeito is now campaigning as the party that brought Japan a tax break–not as a party that agreed to a tax hike in the first place, or as the party that campaigned for decades in opposition on a peace platform before backing down in government on collective self-defense. Komeito supporters are thus faced with a party that advocates for the livelihood of ordinary Japanese citizens, but often at the expense of its founding ideals and by abandoning the guiding principles of its majority Soka Gakkai base.

Will Komeito voters turn out for the upcoming general election? There are reasons why the answer will be yes. The party can credibly claim responsibility for the reduced sales tax–a policy that appeals not only to core Komeito supporters but to the general public. And electioneering remains a built-in religious mandate for Gakkai members, no matter the changes in Komeito policy, so devout adherents will continue the now generations-old Gakkai practice of getting out the vote.

But there are reasons to qualify this “yes.” The turnout at the Shiga gubernatorial election indicates that Komeito supporters can and will register their dismay with policy reversals by not showing up to the polls. The nine Komeito candidates now running in single-member districts and the forty-two in the proportional representation tier may need to convince their voter base that Komeito is willing to stop the LDP from pursuing aggressive foreign and self-defense policies. This may prove challenging, given the party’s recent concessions.

Levi McLaughlin is assistant professor in the Department of Philosophy and Religious Studies, North Carolina State University. He is co-author and co-editor of Komeito: Politics and Religion in Japan and is finishing a book titled Soka Gakkai: Buddhism and Romantic Heroism in Modern Japan.

Axel Klein is professor of modern East Asian studies at the University of Duisburg-Essen in Germany. He is co-editor of Komeito: Politics and Religion in Japan.