By Marina Ottaway on February 17, 2020
Share on FacebookShare on TwitterShare via Email
SharePrint
Article

Salafis today influence Tunisian politics in multiple ways. While the number of militant Salafis remains modest, their activism influences the way in which Tunisians and outside observers think about the state of affairs in the country. Generally speaking, violence has not been a common political tool in Tunisia. But the steady escalation in Salafi militancy over the past two years undermines this reputation.

Tunisia’s Islamists have diverse goals and disparate tactics. What is the range of Islamist movements in Tunisia? And why have they splintered?

Islamism in Tunisia has always been a diverse phenomenon. Tunisian Islamists fall along a spectrum, not into categories with sharp edges. Nevertheless, we can identify some principal orientations within this diversity. 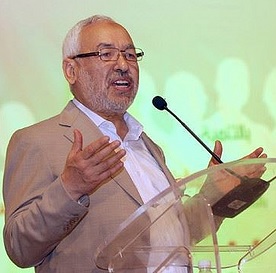 At one end of the spectrum, the Ennahda Party’s peak leadership, and much of its membership, has long advocated a moderate Islamism that rejects violence and supports pluralism and democratic politics. The party’s leader, Rachid al Ghannouchi (left), built a global reputation for a body of work that articulated a vision of Islamist politics that is compatible with modern democratic institutions.
At the other end of the spectrum sits a small number of jihadi Salafis. These militants, whose number probably does not exceed 5,000, oppose the Ennahda leadership’s moderation and advocate the use of violence to establish a state governed by Islamist law.
Over the past two years, Ansar al Sharia has emerged as the principal jihadi Salafi organization in Tunisia. Ansar al Sharia emphasizes preaching and charity, but the government and other observers accuse the organization of a string of violent acts:  attacks on art galleries, bars, and trade union offices; a September, 2012 attack on the US embassy in Tunis, bombing plots, attacks on the Tunisian military in the countryside, and the 2013 assassinations of Chokri Belaid and Mohamed Brahmi.
Most of Tunisia’s Salafis are not jihadis. They support a state governed by Islamic law, and this position puts them at odds with the Ennahda leadership’s commitment to democratic politics. They also tend to believe that Ennahda’s leadership has compromised too much on social values.
However, most Tunisian Salafis do not advocate the use of violence to establish their preferred social and political order.  Rather, they subscribe to what some analysts describe as “scientific” or “scripturalist” Salafism. This is a diverse segment of the Islamist spectrum.  Some non-jihadi Salafists reject politics altogether. They see it as an impious distraction that replaces God’s law with man’s.
Other non-jihadi Salafis have chosen to participate in the political process. In March, 2012, the government legalized Jabhat al Islah (The Reform Front), a Salafi party that rejected violence and hoped to work within the institutionalized political arena. Two months later, the government legalized the Tunisian branch of Hizb al Tahrir, an international Salafi organization. Hizb al Tahrir rejects party politics, but it also rejected the use of violence in order to gain legal status. 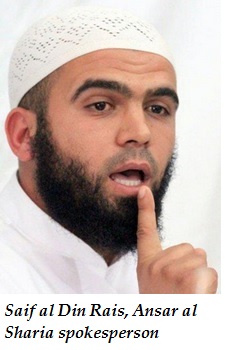 While “scientific” Salafis might reject bombings, assassinations, and pitched battles with security forces, they have used aggressive tactics to try to influence the political process. They have rallied large crowds on university campuses and in the streets. They have physically harassed journalists, trade unionists, and secular activists.  Particularly for the victims, the line between these tactics and “jihadism” can become very thin very quickly.
So, too, can the line between Ennahda’s support base and the Salafis’. Ennahda’s base tends to be more conservative than the leadership. Its ranks include members with Salafi sympathies. In fact, there is some evidence of organizational ties between Ennahda and the Salafi movement through the controversial Leagues for the Protection of the Revolution.
Thus, we cannot think of Tunisian Islamism in terms of a clear dichotomy between a moderate, home-grown Ennahda Party and violent, imported Salafis. Both of these categories contain real diversity, and the Salafi trend has deep roots in the country. It might be easy to distinguish the best-known leaders of Ennahda and Ansar al Sharia from one another. But it is much harder to distinguish between their followers whose allegiances overlap near the center of Tunisia’s Islamist spectrum.

What role do ultraconservative Salafis play in Tunisia almost three years after the Jasmine Revolution? What is their standing today compared to the more pragmatic Ennahda Party?

Salafis today influence Tunisian politics in multiple ways. While the number of militant Salafis remains modest, their activism influences the way in which Tunisians and outside observers think about the state of affairs in the country. Generally speaking, violence has not been a common political tool in Tunisia. Tunisians have taken great pride in the fact that their country is not Algeria, or Libya, or Iraq, or Syria. Outside observers have lauded Tunisia as an island of stability.
The steady escalation in Salafi militancy over the past two years undermines this reputation. News of attempted suicide bombings, arms caches, assassinations, assaults on non-Islamist activists, and clashes between Salafi militants and military forces frightens away the tourists and investors that the country needs badly.
These developments also shape the ways in which Tunisians consider their own identities and allegiances. For example, ideological differences, personal rivalries, and authoritarian divide-and-conquer tactics repeatedly undermined secular efforts to form a united front under Habib Bourguiba and Zine al Abidine Ben Ali. Since 2012, however, a shared fear of rising Islamist militancy has forged a broad coalition of secular parties and civil society organizations.
Salafis also influence the internal politics of the Ennahda Party. Conservatives with ties to Salafi organizations have used their positions on Ennahda’s  shura council to pressure the moderate wing. Those moderates have remained sensitive to Salafi interests in order to protect their right flank and, perhaps, to moderate Salafi behavior.
As noted above, Ennahda’s moderate leaders have paid a dear price for this sensitivity to Salafi concerns. It has exposed them to charges of double-speak and of allowing the security environment to deteriorate.
It is difficult to compare the standing of Ennahda and Salafis in Tunisia today. It is often hard to distinguish one from the other at the grassroots level. The fact that many Salafis resist political involvement also makes it difficult to gauge their political strength.
Nevertheless, it seems reasonable to suggest that Ennahda has lost some of the support it enjoyed in the October 2011 elections.  As noted earlier, polling data reveal high levels of dissatisfaction with the country’s current state of affairs. If Ennahda benefitted in 2011 from its reputation as a principled party that had borne the brunt of Ben Ali’s repression, it likely will bear the brunt of voter dissatisfaction at the next elections.
The outcome will depend largely on how the electoral landscape evolves in the coming months. Tunisia demonstrates that in politics, nothing breeds unity like fear and nothing sows discord like victory. A shared fear of Islamist power has forged a strong secular opposition front. Will that front be able to mount an effective campaign against Ennahda’s experienced national organization? Some Islamists have called for a new Islamist front to counter the secularists. Can the diverse elements in Tunisia’s Islamist movement build such a coalition, or will they succumb to the kind of infighting that has long plagued the secular parties? Will Ennahda maintain its position as an Islamist party that holds together a diverse base, or will it fracture under the weight of its time in power?

Christopher Alexander is the John and Ruth McGee director of the Dean Rusk International Studies Program at Davidson College. In addition to several articles on politics in North Africa, he is the author of Tunisia: Stability and Reform in the Modern Maghreb (2010). 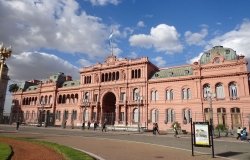 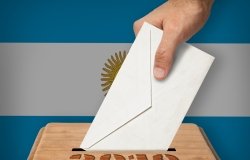 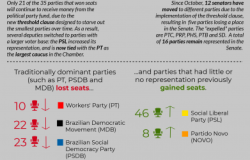 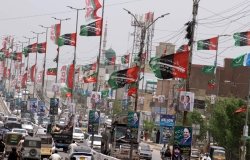