Skip to main content
Support
Explore More
Close
Article
What Islamists Are Doing and Saying on COVID-19 Crisis
May 14, 2020
Share on FacebookShare on TwitterShare via Email
SharePrint
Part of the US Policy
Article

US Offers Rewards for Hezbollah Leaders

On October 10, the United States offered up to $12 million for information leading to the location, arrest, or conviction of two leaders of Hezbollah, the Lebanese militia and political party. The State Department designated the Shiite group as a foreign terrorist organization in 1997, but has not offered such rewards in the last decade.

National Counterterrorism Center Director Nicholas J. Rasmussen discussed U.S. efforts to counter Hezbollah globally and domestically at a briefing. Rasmussen outlined three recurring themes associated with Hezbollah’s history and activity. “First, Hezbollah’s use of terrorism across the globe, which has persisted for several decades. Second, the group’s continued effort to advance terrorism acts worldwide. And third, the fact that the organization is in fact focused on U.S. interests, including here in the homeland.”

Ambassador Nathan Sales also spoke at the press briefing and announced rewards for two senior Hezbollah leaders, Talal Hamiya and Fu’ad Shukr. “Hamiya has been linked to several terrorist attacks, hijackings and kidnappings targeting U.S. citizens,” Sales said. “Shukr plays a key role in Hezbollah’s military operations in Syria and he helped plan and launch the 1983 attack on the U.S. Marine Corps barracks in Beirut that killed 241 of our marines,” Sales added.

.@StateDeptCT Amb. Sales: With our partners, we will confront Hezbollah across the globe & we will bring its leaders & operatives to justice pic.twitter.com/ljnyWxP1ID 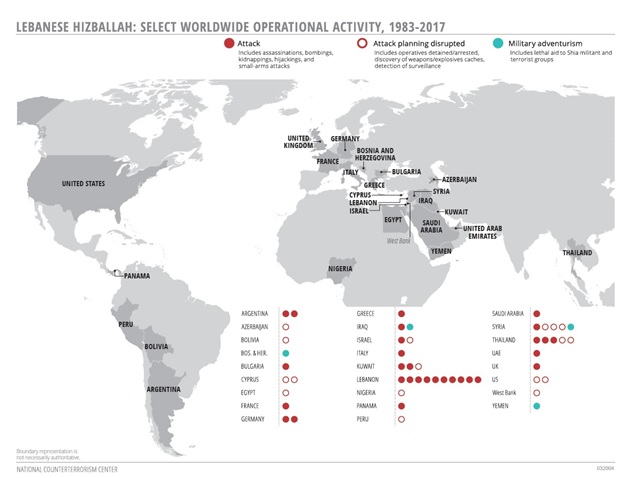 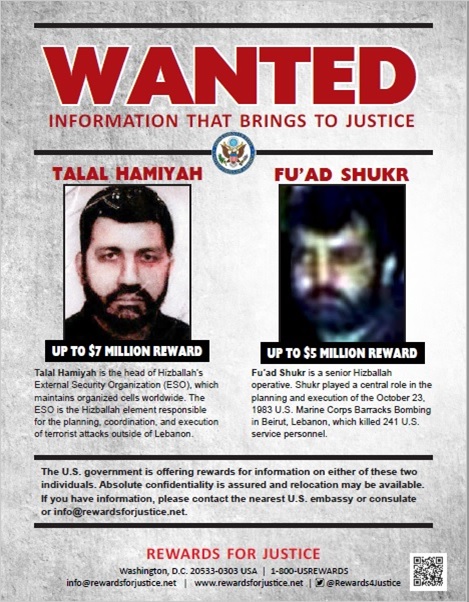 Click here for a transcript of the briefing by National Counterterrorism Center Director Nicholas J. Rasmussen and Ambassador-at-Large for Counterterrorism Nathan A. Sales on U.S. efforts to counter Hezbollah.

Article
After the Caliphate: U.S. Strategy on ISIS
November 15, 2019