USMCA at One: Mexico’s Labor Reform

To address issues of labor rights and the right to effectively and democratically unionize, Mexico’s labor reform law was added to the Mexican Constitution on May 1, 2019. These laws have also been codified in the USMCA trade agreement, which has been lauded for its attention to labor rights. In the video above, Ambassador E. Anthony Wayne and Andrew I. Rudman of the Mexico Institute discussed the significance of Mexico's Labor Reform and its implementation, with Undersecretary Luz María de la Mora Sánchez and Director General Ricardo Aranda Girard of Mexico's Secretariat of Economy.

Towards a more inclusive region for workers

Today May 1st, Mexico, along with many other countries, celebrates International Workers’ Day, in memory of the martyrs of a momentous event in labor history, the Chicago Haymarket Affair of 1886. This movement for the eight-hour-working day inspired workers to advocate for their rights around the world and represented the first steps toward greater international solidarity. Its principles spread to every nation, including Mexico, where it also inspired the development of stronger labor movements.

Twenty years later, for the first time in Mexico’s history, workers at the Cananea Copper Company, located in Sonora near the US-Mexico border, went on strike and were met with bullets. Now, they too are remembered as martyrs in the struggle for workers’ rights. Cananea marked the beginning of a workers’ movement that was consolidated with the incorporation of article 123 to Mexico’s National Constitution, the first of its kind across the world to recognize workers’ rights.

In many ways, the histories of our countries have been interrelated, and even more so given our deep economic integration and the values our countries have shared since NAFTA, which were reaffirmed in the United States, Mexico, and Canada Agreement (USMCA). Therefore, we are pleased to share with the US public some of the new developments that have transpired regarding labor rights in Mexico.

Two years ago, on this iconic date, Mexico took an important step to democratize labor relations through its landmark Labor Law Reform. This legislation represents a major structural change without precedent in decades, setting the foundation for a novel model of labor relations that overhauls our country’s current labor justice system. It involves a shift from corporatism to effective union democracy and from protection contracts signed without workers’ consent to authentic collective bargaining. Moreover, the reform also fulfills Mexico’s labor commitments under the USMCA.

The North American region has the opportunity to strengthen its integration through a modernized trade agreement that incorporates our shared values under the USMCA´s Chapter 23 and Annex 23-A: working towards more inclusive development, in which the improvement of labor conditions and better salaries for workers are crucial pillars. There is no doubt that we are entering a new era, in which we are stronger working together as a region.

The implementation of Mexico´s new labor model involves the creation of a series of new institutions, including a new labor justice system with autonomous labor courts founded on the principles of legality, impartiality, transparency, and independence. The labor reform also mandates the creation of Conciliation and Labor Registration Centers, which are responsible for carrying out conciliation services in labor conflicts, verification of democratic union governance, and the registration of Collective Bargaining Agreements. The institutions have already begun to operate with good results and we are on pace to fully implement the reform one year ahead of the timeline required under the law.

This is a historic moment in the protection of labor rights, which has been a key component of President Lopez Obrador’s agenda.  Mexico has taken other important steps during the last two years, such as increasing our minimum wage and enacting new laws to stop the abusive use of outsourcing.  We have also maintained open communication with partners and relevant actors throughout this reform process, such as the U.S. Department of Labor and the Office of the U.S. Trade Representative, as well as the International Labor Organization.

We look forward to continuing our close work with the US and Canada on the USMCA’s implementation, in order to further strengthen our regional economic integration.  The Mexican Government looks forward to working with the new Biden Administration in fostering our region´s economic recovery. We want to reassure our trading partners that we are fully committed to comply with our obligations to protect workers’ rights to freedom of association and collective bargaining, among other fundamental labor rights, as means to access decent work. 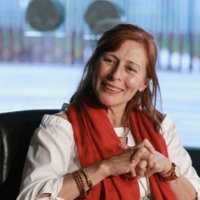 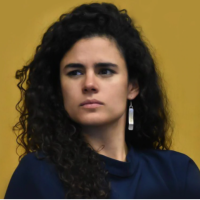