The Smithsonian has announced a new initiative “Race, Community and Our Shared Future” to help the nation explore how we, as a country, understand and experience race, and how we confront its impact on communities.  The Smithsonian expects to hold a series of town halls and other virtual gatherings across the country to reach a wide audience and engage numerous partners as well as experts from within the Smithsonian Institution.

Affiliated with the Smithsonian, the Wilson Center’s scholarship and historical perspective can be used to view race through the lens of Wilson’s complex legacy and bear on these conversations about how to represent and contextualize the past and bring forgotten stories and narratives into our national memory.

It is therefore resolved that:

The Center supports partnering with the Smithsonian on the initiative, to include:

a. Developing suggestions on possible content areas for the town hall meetings;
b. Collaborating on potential on-line educational content that accompanies the initiative and the town halls;
c. Recommending possible speakers and content experts to the Smithsonian; and
d. Sharing the scholarship and historical perspective for which the Center is recognized as #1 in the world in regional expertise, and among the top 10 think tanks in the world.

The Wilson Center was formed by Congress in 1968 as the living memorial to our 28th and only PhD President, a scholar and visionary in foreign policy.  President Wilson was also a racist who presided over resegregation of the Civil Service system to block the Federal employment of African Americans.  The Wilson Center embraces equal rights for all, regardless of race, creed or national origin, and believes that one cannot erase history but can use an unflinching assessment of Woodrow Wilson to effect change.

It is therefore resolved that,

The Board of Trustees endorses the establishment of the Center’s new Diversity & Inclusion Council, which is committed to ensuring all employees feel valued, included, and empowered, and have an equal opportunity to do their best work and thrive professionally.  The Council will formulate an initial strategy to be approved by senior leadership and presented to the Board regarding future research and programming on diversity and inclusion, and policies and initiatives the Center will pursue to enhance its diversity and inclusion.

In part, this strategy will include:

a. Expansion of existing programs such as the Hubert Humphrey Fellowship in Social and Political Thought to include multiple annual Fellows and a regular series of programs;
b. Diversification of hiring of all staff at all levels, including Fellows, from underrepresented and marginalized groups;
c. Ending the practice of recruiting unpaid interns, ensuring that economic status does not undermine opportunity; and
d. Redesigning the Wilson Museum off the Memorial Hallway of the Reagan Building to reflect Wilson’s record on race, its negative impact, and what the Center is doing to undo that impact. 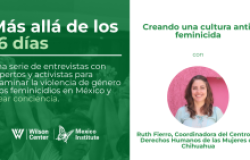 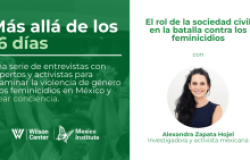 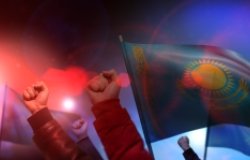 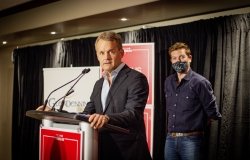