WASHINGTON – The Wilson Center announces the creation of a task force to study the problem of how and when to lift the joint restrictions imposed by the United States and Canada that limit cross border travel to essential transit. These restrictions took effect in March of 2020 in order to slow the spread of the COVID-19 pandemic, and have been renewed for 30 days at a time since.

Members of the Wilson Task Force on Public Health and the US-Canadian Border reflect the political, economic, and regional diversity of the 5,525-mile-long border between the two countries.

The members of the Task Force will meet virtually with various public-private sector stakeholders to understand the challenges of health screening and border security, as well as the impact of the border restrictions on communities, public health, and economic recovery. The Task Force will deliver its recommendations in April of 2021.

The problem of how to reopen the US-Canadian border is both technical and political. Technically, how can health screening be incorporated into the existing inspections conducted at the land, air, and maritime borders without undue delays to efficient supply chains and the traveling public? And politically, how can the United States and Canada restore public confidence in the shared border so that they will resume cross border activities and be reassured that pandemic risks are being managed cooperatively and safely by both countries? 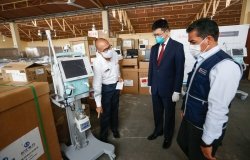 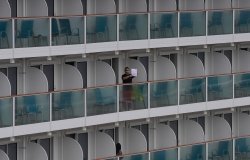 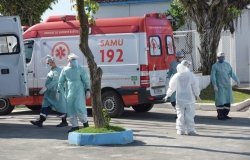 Blog post
Economics and Globalization
An Unwelcome Visitor: COVID-19 and the Caribbean’s Tourism Collapse
By Jack Little on April 15, 2021