The U.S. military has completed the withdrawal of nearly all combat forces from Afghanistan — quickly, almost secretly, and ahead of schedule. After twenty years of high-intensity conflict, America’s longest war is suddenly over. A few hundred soldiers will stay behind to help guard the U.S. Embassy, the diplomats will remain, and a small number of contractors are expected to continue assistance to Afghan military units, particularly the air force. The United States has pledged to continue to aid the Afghan government and military with money, equipment and advice. But to the surprise of no one, the position of Afghan government forces is already starting to unravel in the face of Taliban attacks in some parts of the country.

For those of a certain age, including President Biden, all of this is eerily reminiscent of how America’s previous longest war — the Vietnam War — evolved and ultimately ended in 1975. The parallels, as well as the differences, are illuminating. First, the parallels:

It is too early to say whether a similar dire scenario will play out over Kabul, but the signs are already there. That said, there are some significant differences between Vietnam and Afghanistan. Perhaps most important, Vietnam is a highly homogenous country with one dominant ethnic group, the Vietnamese. North Vietnam was a tightly organized, highly disciplined actor. Its proxy forces in the south (the National Liberation Front) took and followed orders from Hanoi. Afghanistan is the opposite. It is comprised of quite distinct ethnic populations with their own identities and loyalties. The largest group, the Pashtuns, comprise about forty percent of the total population. The Taliban are largely Pashtun. That leaves Tajiks, Hazaras, Uzbeks, Turkmens and myriad others outside the tent. In its long and tumultuous history, Afghanistan has never had a central government with effective control over the entire country.

As one former commander of U.S. forces in Afghanistan recently observed, the U.S. withdrawal won’t end the civil war; it will continue in a new form.

When the North Vietnamese army occupied Saigon, and Hanoi imposed its rule, the results were not pretty, but it was orderly and the fighting stopped. Afghanistan will look very different. As one former commander of U.S. forces in Afghanistan recently observed, the U.S. withdrawal won’t end the civil war; it will continue in a new form. Already, the government in Kabul has resorted to a desperate stratagem of shipping weapons to regions and towns (many non-Pashtun) to enable them to create local anti-Taliban militias. Grizzled war lords have been reassembling their former fighting units. And other governments in the broader region will be tempted to intervene on behalf of co-ethnics and co-religionists.

There is another interesting contrast. After a decade of bitter fighting, the United States and Vietnam were deeply estranged. After Vietnam’s 1979 invasion of Cambodia, the United States applied sanctions and supported Cambodian resistance fighters who bloodied Vietnamese forces for another ten years. But, by the early 1990s, Hanoi and Washington had begun a wary rapprochement. That has blossomed into a robust and even cordial economic, diplomatic, and military partnership. There is a reason for this — fear and anger regarding China’s aggressive behavior, particularly in the South China Sea. And the Vietnamese have not forgotten myriad Chinese invasions of Vietnam over millennia, the most recent in 1979.Ties between Hanoi and Washington are both strengthened and complicated by the presence of over two million Vietnamese refugees and their descendants living in the United States.

It is nearly impossible to imagine a postwar relationship between the United States and a Taliban-ruled Afghanistan that will look anything like this. More likely, for America, Afghanistan will be out of sight and out of mind. 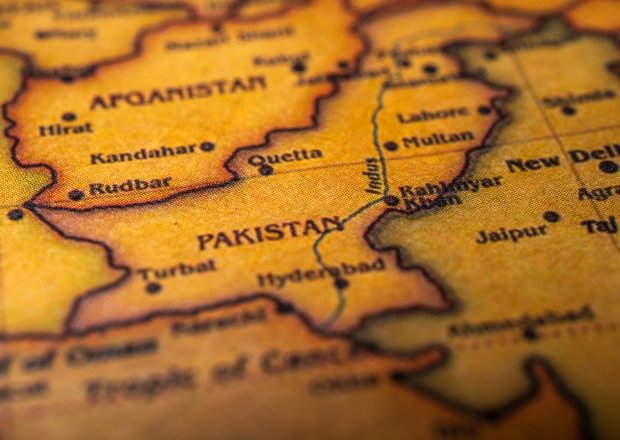 Beyond Afghanistan: U.S. Perspectives on the Future of U.S.-Pakistan Relations

With American forces withdrawing from Afghanistan, the future of U.S-Pakistan relations is uncertain. This event will consider to what extent Afghanistan will continue to be a focus of the relationship; what factors might shape the relationship's trajectory post-Afghanistan withdrawal; what prospects there may be for broader cooperation beyond security; and how the relationship can be positioned constructively moving forward.