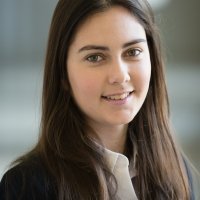 Amidst an economic crisis and a great deal of political uncertainty, there may be some good news in store for Brazil in 2017. The Brazilian agriculture sector is predicted to see a 14.2 percent increase in crop harvest this year after a difficult 2016, and a good year for agriculture would be good for the economy as a whole.

Over the past 25 years, the agribusiness sector in Brazil has grown consistently, reaching a $75 billion trade surplus in 2015, while all other sectors combined accumulated a $55 billion deficit. In the same year, agricultural products accounted for 46.2 percent of total exports and 21.5 percent of GDP according to the Ministry of Agriculture, Livestock, and Food Supply. Brazilian agribusiness is vital to Brazil’s economic outlook.

There are other encouraging factors. According to a report by the Organization for Economic Co-operation and Development (OECD) and the UN Food and Agriculture Organization (FAO), by 2025, Brazil will possess the largest food surplus in the world and South America will lead the world in regional food surplus. Brazilian farmers are still seeing good crop profitability because crops are sold in dollars, which have remained strong against the Brazilian real, and Brazilian crops are becoming increasingly more competitive with the U.S. agriculture industry. These trends are promising after a slow 2016, when crop production was down by 12.3 percent from 2015.

Although concerns remain about Brazil’s ability to maximize its agricultural potential, especially while facing an economic crisis, there is real progress being made towards environmental sustainability and infrastructure improvement.

A big concern with Brazilian agriculture, despite recent improvements, is sustainability. Experts worry that expected continued growth will come at the expense of the environment. While these concerns are valid, technology has been a big driver of production increase, not deforestation. In fact, deforestation is now less than one fifth of what it was in 2004. There is also an increasing incentive to shift to organic production, with 22.5 percent of Brazilian municipalities already engaging in some sort of organic production.

Another concern is infrastructure. Brazil is working to improve its infrastructural problems in order to make the agribusiness sector more reliable. The Brazilian government has awarded new railroad concessions and investment in ports around the country reached $4.6 billion in 2016. In the past, Brazil has faced serious problems transporting agricultural products from the Midwest region where they are produced to coastal port regions. For example, in 2013, March Sunrise Group, China’s biggest soy trader, canceled an order of 12 million tons of soy after road backlogs delayed delivery of products to ports. Therefore, investment in infrastructure is an encouraging factor for Brazilian agriculture and exports.

Additionally, recent developments in the Trump administration may also bring new opportunities for Brazil in the agriculture and trade sectors. Since President Trump’s decision to pull out of the Trans-Pacific Partnership (TPP), countries like Mexico have started to look for new markets and new partnerships. As a leading producer of soybean, beef and pork, Brazil has a real shot of profiting from the U.S. exit from the TPP by tapping into those markets. Prominent figures, such as the Brazil’s agriculture minister, are hopeful about the “opportunities” the current international environment could create for Brazil. And Mexico isn’t the only market where Brazil has the opportunity of expanding its business. Pacific Alliance countries that were looking forward to the TPP, and other Asian countries looking to expand intra-regional cooperation and free trade zones are also good business prospects if Brazil decides to open up its traditionally closed and isolated economy. The question remains, however, whether Brazil will take advantage of the opportunities that the changing international system may create.

The ongoing political crises and corruption investigations—including, most recently, the launch of a massive federal investigation into corruption at Brazil’s largest meat processor companies—will likely exact a toll on the agribusiness sector in the short term, as it has on the economy as a whole. Nonetheless, the strength of the sector and potential for new trade prospects give Brazil a good reason to be reasonably optimistic looking forward.