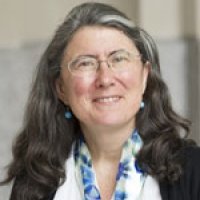 Q:  Protests in Belarus against Lukashenko and the recent poisoning of Alexei Navalny have drawn global attention to authoritarianism in Eastern Europe. Will leaders like Putin and Lukashenko adapt anytime soon to growing opposition pressure, or will a new political system have to be instituted if any meaningful political change is to materialize in Russia and Belarus?

A:  The protests in Belarus are obviously putting stress on Putin’s system, but the Kremlin’s reaction seems to be to crack down further rather than to consider listening to popular voices.  This week Russian police arrested every single deputy at the first ever Forum of Municipal Deputies (around 150 individuals).  As historian Vladimir Kara-Murza has pointed out, this is like disbanding the multi-party Constituent Assembly, right after the Bolsheviks seized power in 1917.   The current arrests clearly amount to intimidation as the first conviction on this charge is likely to carry only a fine, but a second one within a year would, as Kara-Murza explained, “open the door to criminal indictment, with the penalty of up to six years in prison and disqualification from running for elections at any level.”

Alexei Navalny’s poisoning further shows that the regime will stop at nothing to stop those who might disrupt voting in favor of Putin’s United Russia party in the upcoming September elections.  The detailed Bellingcat reporting and Navalny’s call to one of his poisoners reveal the darkest side of Putin’s hypermasculinity, and really the hypermasculinity of the whole system.  The individuals who were following Navalny for two years and making regular calls to Signal (the institute that produced the nerve agent Novichok) included two medical doctors and several chemical weapons specialists who were working for the FSB.  They had no hesitation to use the darkest arts to intimidate and poison their chosen victim.  In Navalny’s phone call to his poisoner from Germany, it also becomes evident how easily these men are themselves intimidated by fear that “the boss” will find them wanting.  This kind of male-male violence and intimidation mitigates against transparency, citizen engagement, dialogue, and open efforts to work for the good of the whole country.

Q:  Since you started analyzing Russian politics, what is the greatest change you’ve seen in the field?

A:  One of the greatest changes in our field has been the entrance into academic discourse of Russian scholars who have brought in brilliant analysis, closeness to the data, and insider understanding of how “the system” works.  For the whole post-Soviet period intrepid journalists have been putting their own lives on the line to obtain information about the darkest corners of Russian life.  In the last ten or twenty years equally intrepid scholars have added analysis and insight that makes our understanding vastly more nuanced and richer.

I have also seen a negative change, though, in the increased polarization between so-called “Russophobes” and “Russophiles.”  In the old Cold War years (I started graduate school in 1983 when we were studying the USSR under Brezhnev and his successors), there were only a handful of Russophiles in a sea of Russophobes, so perhaps it is good to have more of both. Still, I keep waiting and hoping that we can move beyond this distinction altogether and try to see both the negative and positive developments in Russia.  Obviously, I am deeply concerned about the hardening relations between the US and Russia at the moment, but I also maintain a tiny dose of optimism at least with regard to Afghanistan, where both countries have vested interests in trying to help lessen some of the ongoing conflicts.

Q:  Could you share any upcoming projects that you’re working on?

A:  I am working on a number of different projects.  One is to finish the book I started at the Wilson Center, now called Performing Putin.  During my time at Wilson (spring 2015), I ended up instigating, contributing to, and helping the publication of Roots of Russia’s War in Ukraine (with Will Pomeranz, Wayne Merry, and Maxim Trudolyubov), a book I remain extremely proud of.  Wonderful as that book was, however, it derailed my Putin book a bit.   With recent articles on the Kremlin’s and Putin’s political theater around WWII and the annexation of Crimea, I have added more pieces of Performing Putin to the final manuscript.

I have also embarked on a project on Russian foreign influence to extend my analysis of Putin’s personal machismo to the ways in which the machinations of the siloviki (power ministries) employ what might be called a dark or mafia masculinity to intimidate and coerce, but also to seduce other men (and a few women) in foreign circles with promises of, for example, huge yachts and beautiful women to adorn them. A third area of research and writing has been a return to my earliest work on the women’s section of the Communist Party (the Zhenotdel) to explore questions of autonomy and agency that critics have raised, as well as a project on early Soviet law on sexual harassment.

Q:  How has your time at the Wilson Center impacted your research and understanding of your field?

A:  My time at the Wilson Center in 2015 (and earlier at the Kennan Institute in 1992-93) has been invaluable.  Working on Russia’s Roots of War with Will Pomeranz and our other co-authors was one of my favorite experiences.   I also had invaluable conversations with other scholars (especially Maxim Trudolyubov and Michael Kofman) that greatly improved my thinking, as did feedback from my presentation when I first arrived in February.   This work has in turn led to other articles and conference papers, as well as the foundations for Performing Putin, which I am now actively engaged in writing once again.

Q:  Do you have any advice for a student interested in your field?

A:  Follow your instincts and research every corner that seems interesting.  Spend as much time in country as possible and hone your knowledge of the Russian language.   Persevere – the road of analysis and engagement can be bumpy.  Think always about how your research has actionable components, how it might influence policy.  You don’t have to be a policy wonk, but you can still think about paradigm shifts that influence how those who do write policy think about the world, about politics, about citizenship.  My own time at the Wilson Center and conversations with political analysts definitely helped me ground my scholarship much more in questions of actual policy and practice, US-Russian relations, etc.

Q:  What is your favorite project or memory from the Wilson Center?

A:  My favorite memories of the Wilson Center are lunches in the cafeteria and conversations in the hallway.  I loved that it was okay to shut my door and write intensively, but then come out and meet people to talk about their research and thinking.   I especially loved Rob Litwak’s encouragement to us all to talk to people we hadn’t formally met. My research assistant at the Wilson Center, Saule Dairabayeva, is someone I continued to rely on for research help long after my official time at the Center.  Over time we became friends and are still very much in touch.

Our book Roots of Russia’s War in Ukraine had its genesis as a Wilson Center panel.  As I was speaking myself and listening to my colleagues, I developed a Rashomon-like awareness that this war had many aspects which looked very different depending on one’s perspective.  I am grateful that I was able to convince our wonderful editor Joe Brinley and the Wilson Center administration, plus my co-authors that this was a book worth publishing.  Special thanks to Will who was always there for consultation even in the midst of his many other responsibilities. I also have very fond memories of the alumni conference in Sarajevo that Isabella Tabarovsky organized.   I very much enjoyed writing my paper for that conference, and I learned an immense amount by being on location.  I would love to do more such alumni events.

Finally, let me express my enormous gratitude to Matt Rojansky, Will, Izabella, Nina Rozhanovskaya, Blair Ruble, Rob Litwak, and the whole Kennan and Wilson staff for creating such a welcoming, stimulating, and creative environment.  I loved the talks I heard, the people I met, and the opportunity to devote myself full-time to my scholarship.