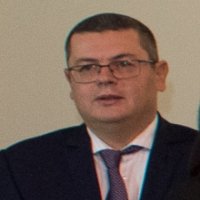 Oleksandr Merezhko is a former Fulbright-Kennan Institute Research Scholar. His term at the Wilson Center's Kennan Institute was from September 1, 2010 – February 1, 2011. During his time at the Center, Merezhko pursued projects related to the sociology of international law, applying his expertise as an international lawyer. He also focused on globalization and multilateral organizations. At present, he is the Head of the Committee on Foreign Policy and Interparliamentary Cooperation, in Ukraine. As Head of the Committee on Foreign Policy, he has helped maintain and solidify relations between Ukraine and allies in Europe, including those in the EU, NATO, and the OSCE. This interview was conducted following the Russian  invasion of Ukraine, in which Merezhko has offered his reflections and recommendations concerning policy priorities for the international community in response to Putin’s aggression.

Q: Do you feel that the sanctions against Russia have been effective and do you believe that they will result in any policy change by Putin?

We can say that the sanctions are effective enough when they produce tangible results. The ultimate goal of sanctions is to make Russia or Putin stop aggression and withdraw Russian troops from the whole territory of Ukraine, including Crimea. I believe that it can happen when Russia is totally isolated. Politically, diplomatically, economically.

Addressing sanctions, it is important to note the behaviors that should be changed , which include: Putin, Russian political and business elites, and the Russian people. If sanctions for some reason fail to change Putin’s conduct, then there is hope that it can change the attitude of Russian elites towards Putin’s policy. At some point in time, Russian elites may realize that due to sanctions, Putin has become toxic to them and dangerous for their wealth. I also don’t rule out that sanctions might motivate the Russian population to change the authoritarian aggressive regime in Russia, even though at the moment the Russian people are heavily brainwashed by Russian Nazi-type propaganda.

Q: What do you believe should be the policy priority for the United States concerning Russia? Should there be a greater collective effort by NATO?

The major priority is to stop Russian aggression and to provide security guarantees to Ukraine, by allowing it to join NATO, or, alternatively, if it does not happen for some reason, by concluding a treaty on mutual security with Ukraine—in the same vein as the U.S. did with Japan.

Of course, we want to see more collective effort by NATO at the moment. First of all, by establishing a no fly zone over Ukraine to prevent further casualties among the civilian population, because Russia is deliberately targeting civilians and civilian objects.

Q: You worked at the Wilson Center during 2010-2011—pre-annexation of Crimea. During your time at the Center, did you foresee the events playing out in 2014, as well as in the present?

Q: What was your favorite project to work on while you were completing your term at the Wilson Center?