In the 1970s, Brazilian scientist Eneas Salati shattered the long held dogma that vegetation is simply the consequence of climate and has no influence on climate whatsoever (1). Using isotopic ratios of oxygen in rainwater samples collected from the Atlantic to the Peruvian border, he was able to demonstrate unequivocally that the Amazon generates approximately half of its own rainfall by recycling moisture 5 to 6 times as airmasses move from the Atlantic across the basin to the west.

From the start, the demonstration of the hydrological cycle of the Amazon raised the question of how much deforestation would be required to cause the cycle to degrade to the point of being unable to support rain forest ecosystems.

High levels of evaporation and transpiration that forests produce throughout the year contribute to a wetter atmospheric boundary layer than would be the case with non-forest.This surface-atmosphere coupling is more important where large-scale factors for rainfall formation are weaker, such as in central and eastern Amazonia. Near the Andes, the impact of at least modest deforestation is less dramatic because the general ascending motion of airmasses in this area induces high levels of rainfall in addition to that expected from local evaporation and transpiration.

Where might the tipping point be for deforestation-generated degradation of the hydrological cycle? The very first model to examine this question (2) showed that at about 40% deforestation, central, southern and eastern Amazonia would experience diminished rainfall and a lengthier dry season, predicting a shift to savanna vegetation to the east. 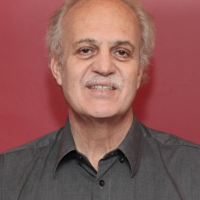