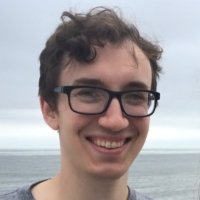 I am a Ph.D. candidate in Eurasian history at the Ohio State University. My advisors are David Hoffmann and Nicholas Breyfogle.  Because my program started in the fall of 2019, I completed most of the requirements of my program remotely from my hometown of Blairstown, New Jersey. My research journey to Kennan comes at the tail end of a domestic tour that included Harvard and the Hoover Institution. This trip, in turn, was my backup plan after the (then) threat of Russian invasion cut short my research trip to Kyiv in January of this year. Kennan has given me the opportunity to access its collection, the Library of Congress, and other federal holdings. I am truly grateful for the opportunity.

I am working on my dissertation on how the Dnipropetrovsk oblast managed the transition from Soviet to independent Ukraine. To answer this question, I am looking at the region from several angles: the city of Dnipropetrovsk’s self-perception, the oblast’s relationship to Kyiv, and the alliances it formed with other oblasts. Prominent regional political actors and economic entities are of particular interest to me, though I also take into consideration the views of the intelligentsia.

The scope of my project runs from 1987 to 1997, covering Perebudova (Perestroika), the collapse of the Soviet Union, and the first years of Ukrainian independence. 1987 is important as the year that Dnipropetrovsk became (at least de jure) the administrative prerogative of Kyiv; previously, Dnipropetrovsk was a closed city, which meant it was under the direct purview of Moscow. 1987 also covers the legalization of cooperatives and the expansion of economic opportunities, including with international firms. I set the end point at 1997 because it marks the political demise of Pavlo Lazarenko, a regional political (and de facto economic) hegemon of Dnipropetrovsk who rose to the position of Prime Minister in 1996, only to fall afoul of President Kuchma a year later (some say Lazarenko’s presidential ambitions for 1999 doomed him).

Q:  How did you become interested in your current research topic?

My research interest in Ukraine originated in a gap year teaching English in Vladimir, Russia. The Russian public’s obsession with Ukraine piqued my curiosity to learn more about Ukraine and its own history. Shortly after I started my Ph.D. program, I switched my dissertation focus from Russia to Ukraine.

I knew I wanted to do something with the 1990s, but I debated between themes of youth, nationalism, and state-building. Ultimately, an article on President Kravchuk’s institution of presidential representatives (1992-4) convinced me to select state-building. As I talked to more scholars, I narrowed my scope from all of Ukraine’s oblasts to one (Dnipropetrovsk) while expanding my temporal lens (1987-1997).

Ukraine’s history differs from Russia in that there have always been multiple regional nodes competing for power (i.e., there is no “Ukrainian” Moscow). Therefore, I believe that regional studies help us better understand the dynamic interconnections of Ukrainian politics.

Dnipropetrovsk oblast matters because it represented a key supplier of cadres to central government posts, especially under President Kuchma (1994-2004). Economically, Dnipro was the source of powerful financial (PrivatBank) and technical manufacturing (Pivdenmash) enterprises that shaped the development and direction of Ukraine’s economy. Since 2014, Dnipropetrovsk oblast has acted as a medical rearguard for injured soldiers fighting on the eastern front in the Russo-Ukrainian War (2014-) and a final stop for soldiers on their way to the front.

In short, Ukraine’s past and present cannot be fully understood without Dnipro.

The most challenging aspect of my research has been finding sufficient source material. If I had known that Russia would greatly expand the scope of its war against Ukraine on February 24, 2022, I would not have chosen a regional topic. US archives have a lot of material on Ukraine and its capital Kyiv, but not much on individual Ukrainian regions.

The absence of government documents in US archives has compelled me to think more creatively about kinds of source materials. I have had to rely more on newspapers and other published materials. A broader source base has also affected the focus of my work. I originally planned to produce a politico-administrative history of the Dnipropetrovsk oblast. Now, my project has expanded to political elite culture, the intelligentsia, and economic enterprises.

I hope that my research will provide more nuance to the notion of the “Dnipropetrovsk clan” and the extent of its influence in the late Soviet and early independent period of Ukraine’s history. Government documents show that Dnipro’s requests to the center succeeded or failed in part based on the form and content of the request (for example, a request for financial support to maintain an industry that produced goods for national consumption was more likely to succeed than one that asked for national recognition of the region as an ecological disaster zone).

My research will also push back against the notion (first popularized by the press and politicians of the time) that calls for closer integration with Russia and other CIS states were indicative of a “pro-Russian” political stance. Rather, my research shows that not only were these calls largely economic in nature (enterprises saw their survival in the restoration of Soviet supply chains) but also that they often stressed the need to build new economic ties with international partners such as Poland, Germany. In other words, Russia was just one (albeit the biggest) state that Ukrainian enterprises wanted to engage with in pursuit of economic opportunities.

Publication
Democracy
Lost in Fragmentation? The Recurrent Dilemmas of the Venezuelan Opposition and What to Do Next
By Maryhen Jimenez Morales

Publication
Democracy
Democratization in Venezuela: Thoughts on a New Path
By Michael A. Penfold