No. 14 | The EU and the Future of Arctic Cooperation in the Northern Dimension 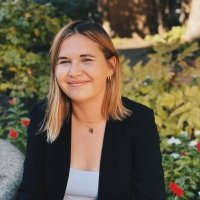 Uncertainty is building in the European Union’s (EU) northern neighborhood, with the Russian invasion of Ukraine putting all Arctic fora at a standstill. For the EU, this directly impacts the Northern Dimension, a joint policy program that includes the European Commission, Norway, Iceland, and Russia.

Established in 1999 under the leadership of former Finnish Prime Minister Paavo Lipponen, the Northern Dimension’s mission is to promote stability, well-being, and sustainable development in the Baltic Sea, Barents region, and broader European Arctic. When Finland joined the EU in 1995, the bloc’s external border with Russia enlarged, and Lipponen viewed the Northern Dimension as a strategy to ease tensions with Russia and to engage the EU in Northern Europe in the post-Cold War environment.

The Northern Dimension has supported cross-border cooperation between Russia and the EU over the past two decades, but what does the Russian invasion mean for the future of the Northern Dimension? On March 9, the EU, Iceland, and Norway issued a joint statement indefinitely suspending all activities that involve Russia.[1] As a result, is it possible to reframe Northern Dimension projects in a meaningful way without Russia? What will cooperation look like in the long-term?

In 2006, the Northern Dimension transitioned from being an EU strategy to a joint policy, promoting co-equal partnerships between countries to share funding, resources, and participation in projects. Projects center on four areas: environment, culture, transport and logistics, and public health and social well-being.[2] Arguably, the most significant of the four partnerships is the Environmental Partnership, as it has produced the most tangible results in cleaning the Baltic Sea through the “environmental window” and northwest Russia through the “nuclear safety window.”[3] Both windows have allowed the Commission to selectively engage with Russian counterparts and have collectively received a total of EUR 348 million in funding as of November 2020 – making these high priority areas for Northern Dimension stakeholders.

Although the Northern Dimension is designed to have a wider emphasis on the Euro-Arctic, projects have historically been more focused on the Baltic and Barents regions. The Northern Dimension does aim to support and cooperate with regional councils, such as the Arctic Council, but efforts in the larger European Arctic have remained limited. Adding an Arctic focus historically depended on whether Russia would be interested in deepening a partnership within this area, and Russian stakeholders have hesitated to include the EU in overall Arctic decision-making.[4] Consequently, this leaves a gap for the Euro-Arctic to be more explicitly addressed in Northern Dimension projects.

Cross-border cooperation under the Northern Dimension framework is viewed as a constructive way to build mutual dialogue between EU and Russian actors.[5] However, in March 2022, all activities under the Northern Dimension were paused, raising concerns for not only EU-Russian relations but also northern cooperation in the Baltic Sea and Euro-Arctic. The invasion of Ukraine has forced a rethink in Arctic security, and there are some areas the European Commission and relevant Arctic actors, such as the European External Action Service and the Directorate General for Maritime Affairs and Fisheries,[6] can work on to reexamine the Northern Dimension in the context of current affairs. Immediate planning and programming efforts should center on the Environmental Partnership, in particular.

Tackling Renewables and Black Carbon Under the Environmental Partnership

The first area the Northern Dimension Environmental Partnership could tackle is energy. After the invasion of Ukraine in 2022, the bloc introduced REPowerEU, a plan that aims to reduce the EU’s reliance on Russian imports for fossil fuels, specifically natural gas. Methods include changing energy consumption behaviors, enhancing energy storage options, diversifying energy suppliers, utilizing renewables to accelerate the European Green Deal, and gearing investments toward these objectives. The Euro-Arctic has incredible potential for rare earth minerals and renewable hydrogen technologies — a component that while being in its developmental stages for scaling, is critical for substituting fossil fuels and reaching the bloc’s net-zero goals in the REPowerEU plan.

The Northern Dimension could be a resource for the EU to coordinate efforts with other Arctic states on renewable energy advancement, considering Iceland, Norway, and Greenland[7] are incorporated into the framework. A “renewables window” could be developed under the Environmental Partnership; one that centers on responsibly extracting renewable sources by coordinating with local stakeholders, investors, and other Arctic organizations. Having a centralized “window” that supports the REPowerEU plan reinvigorates the Northern Dimension’s relevance for the time being without Russia. The window also encourages a multi-dialogue and sustainable approach to the EU’s energy goals, while utilizing the Euro-Arctic’s global potential for both supplying and producing renewable sources of energy.[8]

Despite not being able to move forward temporarily with these projects, the EU still has the ability to commit to specific black carbon targets as a whole, while planning better coordination with the International Maritime Organization (IMO) and Arctic Council’s Arctic Monitoring and Assessment Program (AMAP) working group on target-setting for maritime emissions and conducting black carbon research.[9] Excluding Russia will limit comprehensive research, monitoring, and evaluation of black carbon in the Euro-Arctic. Yet, continuing efforts to prioritize black carbon will be important for reducing emissions and bolstering innovation in the maritime industry in the near-term. Focusing on black carbon can also be a good first step to reengage with Russian stakeholders in the Northern Dimension once time permits, considering it is an area Russian stakeholders have been cooperating on both in the Arctic Council and on a bilateral level with the U.S. pre-Ukraine invasion.

Although the Northern Dimension has lost an important partner with Russia’s exclusion as a result of the war in Ukraine, the EU can still progress on its energy and black carbon goals in the wider Euro-Arctic. The EU has been and is emerging to be a geopolitical actor in the Arctic. It is time to consider how cooperation can restart in the Northern Dimension and what existing tools the bloc has in bolstering a sustainable EU presence in the region. Overall, this reset has the potential to integrate greater Arctic dimensions into Northern Dimension programming due to the absence of Russia, while allowing the EU to engage with Northern Dimension partners on projects that advance the goals of the European Green Deal and EU-wide energy security.

This piece is based on Iris’ graduate capstone for Georgetown University, completed in May 2022. Please inquire if you would like to read her full thesis.

[1] Joint statement on the suspension of Northern Dimension activities. Link.
[2] List of thematic partnerships with their respective websites. Link.
[3] EU information on the NDEP. Link.
[4]Link. pg. 54.
[5] For example, Karelia and other northern regions shared between Finland and Russia have produced cultural cooperation and innovation. Link.
[6] Both are responsible for the EU’s Arctic portfolio.
[7] “Northern Dimension cooperation extends from northwest Russia to Greenland, and from the North Pole to the Southern Coast of the Baltic Sea.” Link.
[8] A meeting between the European Parliament and Arctic Frontiers occurred on 28 June to discuss how the Arctic will contribute to the EU’s green transition. Link.
[9] More on this recommendation here. pg. 7.