Appalled by President Trump's decision to withdraw the United States from the 2015 Paris Climate Change Agreement, Brazil’s former ministers of the Environment from the past quarter-century used the occasion to voice their alarm about Brazil's own lessening commitment to the historic deal's objectives. In a long joint letter published in daily Valor Econômico, they criticized recent actions in Congress by parties supportive of embattled President Michel Temer to reduce protected areas in the Amazon, which undermines Brasília's stated commitment to the Paris Agreement.

The following piece can be read in the original Portuguese here.

It’s already been nearly two decades since we turned the page of history and entered the 21st century. But decisions like President Donald Trump’s, on the eve of World Environment Day, make us question the times we are really living in. By rejecting science and facts, Trump sent his signal to the world: no sense of responsibility will lead him to abandon his campaign promises. The Paris Agreement’s other signatory countries, companies, and environmental, political, and religious leaders all opposed the withdrawal and sent a clear message of their own: the climate agreement will continue without the U.S. government, which will be left behind in the new low-carbon economy.

In Brazil, there is also not much reason to celebrate the 5th of June. The government criticized the United States’ decision. In a statement, the Ministries of Foreign Affairs and Environment affirmed that “Brazil remains committed to the global effort of combating climate change and to the implementation of the Paris Agreement,” a position that was reinforced by President Michel Temer at the World Environment Day ceremony, where he signed the order turning the Paris Agreement into Brazilian law. Those who follow environmental issues, however, have not found evidence to support this claim.

A series of proposals to change the country’s environmental policies, presented in the National Congress with surprising speed and without input from society, has left both civil society and parts of the private sector concerned.

Legislative projects that reduce forest protection put climate goals at risk, as the forest and land use sector is Brazil’s largest source of greenhouse gas emissions. Beyond that, they threaten indigenous peoples and their lands, aggravating rural violence; and they compromise natural heritage sites, food and water security, and economic activities connected to the forest such as agriculture, which is responsible for nearly 25 percent of our GDP.

Members of Congress justify their support of legislation that permits irregular occupations and other illegal rural activities by saying that land needs to be made available for production—but this is unsustainable.

Meanwhile, two symbolic provisionary measures await President Temer’s approval, ironically, in the middle of Environment Week. Measures 756 and 758 remove protected status from 588,800 hectares of forest in the Amazon region and decrease the size of the São Joaquim National Park (SC), one of the Atlantic Forest’s main biodiversity reserves, by 20 percent. Measures like these impact critical areas of preservation that, between 2012 and 2015, led the country’s ranking for the most heavily deforested conservation sites.

The original motivation for Measure 758 was to make available a strip of around 862 hectares of land from a national park that could be used to construct a passageway for Ferrogrão, a transnational railroad, near the city of Itaituba in the northern state of Pará. Alongside this first provisionary measure, a second was drafted that proposed reducing other conservation sites by 300,000 hectares for illegal occupation and prospecting, practically in the same region as the Ferrogrão and the BR-163 transnational highway.

The National Congress significantly altered these measures, however, arriving at the current proposal to reduce 600,000 hectares of protected land and shrink the park in Santa Catarina. Such proposals open the door to greater environmental degradation of the region and the minister of Environment himself, Sarney Filho, has already come out against their approval.

It is undeniable that Brazil is in need of infrastructure projects, principally in the logistics sector. But these measures compromise the image of the country’s development by proposing ventures that ignore sustainability.

Amid the country’s political turbulence, it can seem trivial to worry about environmental policy. It isn’t.

The rate of deforestation in the Amazon, which has risen to a worrisome level since 2014 and reached nearly 30 percent in 2016, can discourage investors and foreign markets that have come to lose trust in Brazil’s ability to complete its obligations and international commitments.

As an example, take the investments from the Amazon Protected Areas Program (ARPA), one of the largest forest conservation projects in the world. The near US$ 215 million provided by international donors will only be disbursed if the country does not suffer losses in its conservation sites. Reducing forest protection is an antiquated strategy that diverges from what the international market expects of Brazil’s agricultural sector.

We need to understand this moment of crisis—political economic, and environmental—in a broad sense. It’s not just employment, investment, and the cost of basic services that are not going well. We are also living a moment that hinders the ability of the country to undertake and construct a just, mutually beneficial, and sustainable agenda for the future. On this front, leaders, representatives of society, and opinion makers must help us get back on track.

Therefore, leaders of the 21st century have no option other than to completely reject these measures, both to follow through with the Brazilian government’s condemnation of Trump’s decision, and out of respect for the long path we have already tread in order to construct an agenda that makes feasible the sustainable use of Brazil’s soil.

We hope that President Temer can use his decision regarding these measures as an opportunity to show Brazil which side of history his government finds itself on. If it remains in the past, it will open a path toward destruction of the forest, ignoring the calls of both society and the scientific community. If it really is a part of the present, however, it will recognize that change in environmental policies requires dialogue, and it will reject these measures in order to restart the debate in a new way, with transparency and involvement of actors from the climate, forest and agriculture agenda. Twenty-first century, we’re rooting for you.

Image by Government of Brazil 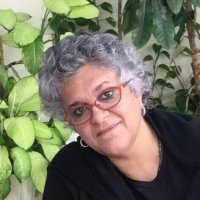 Former Minister of Environment, Brazil; Governor of the Brazilian Amazon State of Acre