As Kenya approaches the highly charged 2022 elections, peacebuilders face a growing challenge on how to make peacebuilding known, accessible, and actionable in an objective and informative manner through scientific inquiry or research. As election activities heat up, we are witnessing increased ethnic polarization veiled as political persuasion with economic undertones and fear of conflict. The latter is characterized by a political discourse of class struggle between hustlers (the proletariat/peasants) and dynasties (the ruling class). It is often very clear on social media spaces how ethnic political and class polarization is playing out in real-time on the ground.

Polarization and potential conflict have prompted a number of civil society organizations, including The Peacemaker Corps Foundation Kenya, The National Crime Research Center, The Center for Media, Democracy, Peace and Security-Rongo University, and Maskani Commons to create an online and offline peacebuilding narrative change campaign to address these fears from both a media-centric perspective and a cultural strategy perspective. The former implies the use of new media technologies—­especially social media platforms—for peacebuilding. The latter involves the use of music, art, and culture (language) as central aspects of peacebuilding.

The media’s representation of ideas including peace and security involves privileged access to the symbolic cultural artefacts that are used as the language of constructing meaning.

This includes access to media technologies and cultural capital, a domain dominated by the elite. This is why representation is central in constructing material experiences or reality and should not be taken for granted. The media is at the core (public sphere) of shaping this reality.

Elections in Kenya are usually controversial and violent and have led to the loss of lives and property. The deadliest electoral violence occurred in 2007-2008, when hundreds died, thousands were displaced, and property worth hundreds of millions was destroyed. Investors shunned the country as a result, and the outcome subsequently affected tourism and agriculture, mainstays of the Kenyan economy.

Notably, post-election violence in Kenya historically erupts from the opposition stronghold of Kisumu City in a township called Kondele where multi-ethnic youth face high levels of poverty and unemployment. This demographic is therefore weaponized every electoral cycle by political elites as a negative ethnicity in their quest for political power.

The 2017 elections were a replay of the 2007 elections, not by magnitude of violence, but by the manner in which those elections were contested at the Supreme Court of Kenya (SCOK), which ruled that they were neither free nor fair. Subsequently, the SCOK rejected those elections and declared them null and void, triggering panic and awakening ethnic insecurity and violence and setting the stage for Kenya’s uncertain future.

Concurrently, a compromise between the two electoral contenders and "ethnic" historical rivals/leaders from the Kikuyu and Luo community emerged. Public discourse argues that when the Mountain (Mount Kenya) meets the Lake (Lake Victoria or Nam Lolwe in Dho Luo) Kenya often progresses peacefully. In this spirit of “the mountain meeting the lake,” the incumbent, Uhuru Kenyatta, and the leading opposition, Raila Odinga, put their differences aside and shook hands outside Harambee House (or Pulling Together House) in a public display under the media’s glare as a sign of peace. This action, famously known as "The Handshake", was later anchored into law as the Building Bridges to a better Kenya Initiative (BBI), as deliberated and approved by about 45 County Assemblies or devolved units of government.

However, BBI faces challenges, including legal hurdles, which led to its nullification at the High Court of Kenya. The case was declared null and void by the court of appeal and is currently awaiting the Supreme Court's decision in order to be implemented. Like the nullified 2017 controversial elections, BBI's nullification has further set the stage for political extremism as uncertainty looms over its fate.

Politicians often refer to Canaan for selfish interests to gain political favor rather than as a genuine attempt to make a spiritual/theological reference. Consequently, this ideal of Canaan would translate to the land of plenty (economic liberation). In that process, they have politicized and ethnicized theological connotations of Canaan. They also smeared its symbolic cultural meaning, leaving peacebuilders with limited and distorted lexicons—a reality that must be rejected at all costs by reclaiming the authentic biblical reference of Canaan as opposed to political in all forms of representation.

The Karibu Kanaan or Welcome to Kanaan Music and Art Festival for Peace is an attempt to take up space for peace, subverted as Kanaan to be more realistic and less idealistic, where Kenyans embrace Ubuntu or humanity, Umoja or unity and Harambee or collective responsibility. It is therefore a collective pan-African attempt to take the potentially divisive idea of Canaan in national political discourse and creatively and constructively use it through music, art, and cultural activities as a peacebuilding strategy.

The festival that happened on October 2, 2021, created awareness about the value of peace. It also utilized creative outlets to educate on what is at stake if Kenya was to return to electoral violence, what Kenyans are bound to lose, how they can pull together, and what they can do to stop electoral violence in order to imagine what a peaceful and prosperous country would look like (Kanaan or Canaan).

The festival’s design acted as a laboratory context for peacebuilding research. Truth Wire conducted a survey that targeted festival participants, and Peace Design Lab measured sentiments of Kisumu residents around the upcoming elections for conflict mapping through scenario building. The analysis concluded that on one side, ethnicity and pride remain some of the biggest peacebuilding challenges; however, on the other side, love and unity emerge as the greatest desires. These findings acted as our baseline and would be later probed by the Center for Media, Democracy, Peace and Security– Rongo University, PeaceTech Lab, and the Peacemaker Corps Foundation Kenya in a national offline survey to corroborate the baseline data. The data is also used by The Peacemaker Corps Foundation Kenya, National Crime Research Center, Maskani Commons, The Center for Media, Democracy, Peace and Security-Rongo University, Kuchora Tu Studios (artists), and Kisumu County/City as the basis for our 16-month campaign for peaceful elections in 2022. The campaign utilizes hashtags to monitor peacebuilding posts online.
The hashtags include:

The most interesting aspect of the baseline controlled survey and the online national survey was the inquiry of the use of the term Canaan or Kanaan as subverted to represent the festival. There was a valid concern that the meaning of Canaan could be contentious due to politicians exploiting the term in their campaign as promises of a better country.

However, most Kenyans are secular Christians and could probably relate to the theological meaning of the word—explaining why politicians exploit the word in the first place.

The meaning of Canaan echoes the battle for meaning in representation where elites and politicians often hijack and capture cultural symbolic artifacts by virtue of their privileged status (power) for selfish interests through representation.
Representation often relies on understanding or mental model building that is a function of general, socially shared knowledge, the control of such knowledge may indirectly control understanding. Our survey revealed that most Kenyans still believe in the spiritual Canaan and not the political Canaan, which is good news for next-generation peacebuilding. 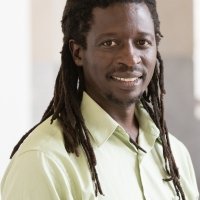