Jim Prentice, a Visiting Global Fellow at the Wilson Center’s Canada Institute from January to May of 2016, was the 16th Premier of Alberta. While at the Center, he worked on a book on Canada – U.S. climate and energy policy titled, “Triple Crown: Winning Canada’s Energy Future.” His book was published in February 2017, months after his death at the age of 60. Previously, Prentice was a Canadian lawyer and served as a senior minister in Canada's Conservative government between 2006 and 2010. During that time, Prentice was part of then Prime Minister Stephen Harper’s cabinet in a variety of roles including  Minister of Environment, Minister of Industry and Minister of Indian and Northern Affairs. He left politics and held a senior executive position with the Canadian Imperial Bank of Commerce from 2011 to 2014 before returning to serve as Alberta's Premier from 2014 to 2015.

The Honourable Jim Prentice, a Visiting Global Fellow with the Wilson Center’s Canada Institute from January to May of 2016, served as the 16th Premier of Alberta and leader of the Progressive Conservative Party of Alberta before retiring from government in 2015. He also served as a Federal Cabinet minister and was a lawyer with a background in Aboriginal land claims. Mr. Prentice served in Stephen Harper’s Cabinet, with portfolios in Indian Affairs and Northern Development; Industry; and Environment. From 2011 to 2014, he held a senior position with CIBC, before returning to politics to become Premier of Alberta.

“I think the greatest thing that I saw during the time that I knew Jim was his unquenchable thirst to bring people together for a common good.”

His thoughts on what Canada needed to do to reach its global energy potential provided the focus of his important work at the Wilson Center, working on his posthumously published book “Triple Crown: Winning Canada’s Energy Future.” In the book, Prentice makes a powerful argument for the inadequacy of current Canadian energy policy and asserts a new and forward-looking vision for converting our nation’s vast resources into a secure, prosperous and environmentally responsible future that benefits all Canadians. He often noted that when it comes to energy resources, “Canadian governments play checkers, while others play chess.”

When Jim Prentice passed away in October 2016, his colleagues at the Wilson Center mourned his untimely death.  As Laura Dawson, Director of the Canada Institute, highlighted in her statement on his passing, “Jim was more than a visiting scholar.  He was a mentor to our young people, a guiding hand in our work, and a friend to us all.  We will miss him very much.” She continued, “When Jim arrived in Washington, most people here were surprised that he had such an illustrious political career in Canada. He was such a humble guy and connected with everyone from senior politicians to our students and junior staff.”

Friends remembered Jim’s dedication to public service as well.  Calgary Mayor Naheed Nenshi noted, “I’m always amazed and excited when I meet someone whose heart is really all about public service, who is driven by a deep love of community and of people in the community.”

Former Assembly of First Nations national chief Phil Fontaine remembered, "He saw indigenous people as integral to the country and indeed Canada's future. It was something that he held very close to his heart and that was demonstrated on many, many occasions."

Interim Alberta Progressive Conservative Leader Ric McIver said, “I think the greatest thing that I saw during the time that I knew Jim was his unquenchable thirst to bring people together for a common good.” 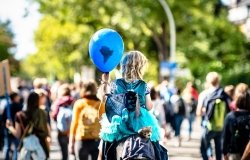 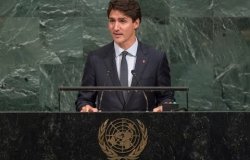 Article
NAFTA/USMCA
A Storm is Coming for Mexico under USMCA
By Duncan Wood on July 1, 2020