The Future of Mercosur Under the Bolsonaro Administration 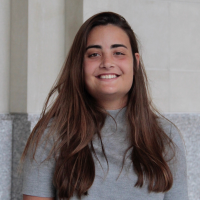 The initial uncertainty over Mercosur’s future under President Bolsonaro’s administration has been somewhat alleviated by conversations between the Brazilian president and the Argentine president, Mauricio Macri, in Brasília early January. Despite early comments from Bolsonaro’s team indicating a possible step back from the bloc, Bolsonaro and Macri agreed to “review and perfect” Mercosur. An early meeting between both presidents suggests that Mercosur is still high on Brazil’s agenda. But it has lost political ground.

To recap: Mercosur is an economic and political bloc created in 1991 through the Treaty of Asunción, comprising Argentina, Brazil, Uruguay, and Paraguay. The accord aimed to boost trade between its member states through free movement of goods, services, and factors of production between countries. To facilitate such exchange and strengthen the bloc members’ economy when compared to outside players, the four countries agreed to eliminate customs duties, implement a common external tariff (CET) of 35 percent on certain imports from outside the bloc, and adopt a common trade policy toward outside countries and trade blocs. At the moment of its creation, the bloc countries hoped to eventually become a common market and possibly adopt a common currency in the future.

However, some of Mercosur’s initial aspirations have dramatically changed. For instance, a common currency—never pursued asw an objective—is clearly no longer on the table, as both Brazil and Argentina are looking for greater economic independence. Bolsonaro’s Economy Minister Paulo Guedes contended that already, “Mercosur restricts Brazil too much.” Brazil would like to see more flexible rules allowing for bilateral deals outside the bloc, which current rules limit.

One of the new government’s objectives is curtailing Mercosur’s political role, since Bolsonaro believes the bloc had a leftist ideological orientation, which it indeed acquired under the Workers’ Party (PT) rule (2003-2016). The Brazilian government also intends that Mercosur no longer meddle in issues that do not concern its member states. Bolsonaro recently stated, “It should not be Mercosur’s priority to get involved in issues such as the crisis in the Middle East, nor in Venezuela, since the country is no longer a member of the bloc.” In sum, the Brazilian government believes the bloc should focus on strictly economic efforts to boost trade, concentrated in negotiating trade deals and cutting tariffs.

According to  joint statement from Brazil and Argentina, the general revision of tariffs is planned to occur through two different fronts. First, there will be a general reorganization of CET’s structure, which is twenty-five years old and has many exceptions that permit different quotas for products depending on the country. Therefore, the goal is to reduce the number of exceptions and the overall quotas to increase the economic competitiveness of the member countries. According to Bolsonaro’s economic team, “no developing nation made it to the group of rich countries without boosting international trade.”

The second planned front of revisions will be to discuss the reduction of tariffs in four industries: steel, petrochemicals, capital goods, and informatics and telecommunications goods. These industries are of vital importance to the countries’ production chains, so a cut in tariffs would reduce the cost of overall industrial output, strongly contributing to a boost in economic competitiveness. However, Brazil would need the approval of the other bloc members for a general revision of tariffs on steel and petrochemicals. Such approval would not be necessary for capital, informatics, and telecommunications goods, since Mercosur allows special rules for these categories.

Complicating matters, it is likely that the Brazilian industry will resist the opening of the economy. Representatives of the capital and informatics goods sectors believe the reduction of tariffs on imports is inevitable, but argue that it should be followed by a reduction of tax burdens to compensate. Thus, in a meeting with an industrial coalition at the beginning of December 2018, Paulo Guedes stated that the reduction of tariffs would be gradual and followed by measures to boost competitiveness. He made this promise again when he was sworn in as minister.

The current political reality in Brazil and Argentina after the election of two pro-market, conservative governments should facilitate dialogue on the envisioned reforms, building on discussions to make the bloc more flexible that began under the Michel Temer administration. At the end of 2018, the Brazilian government concluded negotiations to reduce tariffs on forty-nine chemical products, while the Secretariat for Strategic Affairs (SAE) proposed other tariff reductions on the import of capital and informatics goods.

However, it is still unclear which of these ideas the Bolsonaro administration will adopt as part of its policies vis-à-vis Mercosur, even though several SAE technocrats that defended the cuts now have important roles in the Ministry of the Economy.

Moreover, cooperation between Argentina and Brazil could take a swift turn after the upcoming Argentine elections. Should a leftist government be elected in Argentina, Bolsonaro’s efforts to reform the bloc could stall or shut down. Recent opinion polls indicated that this scenario is a real possibility.

Much like the future of the bloc itself, a proposed trade agreement between Mercosur and the European Union (EU) is also uncertain under the new Brazilian administration. The deal has been under negotiation for over twenty years and opinions vary regarding a final date reaching an agreement. Current negotiations include tariffs, rules of origin, technical barriers to trade, sanitary and phytosanitary measures, services, government procurement, intellectual property, sustainable development, and small- and medium-sized enterprises.

The prospect of a trade deal would be of extreme value to both blocs. The EU is Mercosur’s biggest trading partner, accounting for 21.8 percent of the bloc’s total trade in 2016: Mercosur’s exports to the EU were €40.6 billion ($45.28 billion), and imports were €41.5 billion ($46.4 billion). Therefore, in an effort to modernize the bloc and to foster the international integration of Brazil’s economy, which is low, former President Michel Temer invigorated negotiations between Mercosur and the EU. However, the negotiations stumbled over important divergences regarding the automobile and agriculture industries of both blocs; both Latin American and European countries have been hesitant to compromise.

Negotiations were expected to resume at a slower pace under the new Brazilian administration, which came to office with a more nationalistic message, despite Argentina’s eagerness for a deal. Germany’s Chancellor Angela Merkel anticipated this change of pace and pushed, unsuccessfully, to conclude the Mercosur-EU deal before Bolsonaro was inaugurated. However, Bolsonaro (with the guidance of Foreign Relations Minister Ernesto Araújo) quickly signaled that he will move cautiously. He told journalists in November that President Macron of France “is defending France and this Mercosur-EU deal helps French interests in agribusiness…[if] they want to reduce our exports, such as commodities, they cannot count on our support. However, this is not a definitive ‘no’—we will negotiate.”

French President Emmanuel Macron could present other challenges as well, as he asserted that the condition for France’s continued support of the Mercosur-EU deal is that Brazil remain in the Paris Agreement on climate change, contrary to Bolsonaro’s campaign pledge to withdraw. Macron stated at a conference in Buenos Aires, “I cannot ask French farmers and workers to change their production habits to lead the ecological transition, then sign trade agreements with countries that do not do the same. We want balanced agreements.”

This position does not come solely from France. In July 2018, the European Parliament issued a report stating that the signing of any trade deals with third countries would be contingent upon the country’s implementation of the Paris Agreement. Faced with EU pressure, among other factors, talk of Brazil exiting the accord has quieted. In recent interviews and statements, Vice President, General Hamilton Mourão, reassured that Brazil will stay in the Paris Agreement. Yet concerns remain: in late April, 600 scientists signed an open letter in Science asking the EU to include the issue of sustainability in all trade talks with Brazil.

In short, there are a number of factors contributing to delaying the trade agreement, and different sources point to different possible outcomes. For instance, one source told Reuters that the possibility of closing the deal remains remote given the European Parliament elections in May, which saw an increase in the number of nationalist-populist members (who favor protectionism) and a more fragmented and weaker center bloc. Although the right gained less than experts predicted, it could still obstruct. On the other hand, negotiators seem optimistic that the election could create urgency to reach a deal before the newly elected parliamentarians are seated on July 2. Brazil’s Foreign Trade Secretary Lucas Ferraz told Bloomberg in early May that EU-Mercosur trade negotiations will likely conclude in the coming weeks or months: “We’ve never been so close. We’ve advanced more in four months than in twenty years.”

If the deal is successful, it would create the world’s largest free trade pact and boost economic cooperation between Latin America and the European Union.

During the 2018 presidential campaign, Bolsonaro suggested that he would step back from Mercosur to prioritize bilateral trade with rich countries, such as the United States. The goal was to consolidate Brazil’s position as a commodities exporter rather than an industrial producer. However, the country’s current economic situation, marked by incredibly low growth rates, poses limitations to the Mercosur transformations proposed during the campaign. The bloc remains an important safety net for the Brazilian economy, since Brazil has accumulated a trade surplus of $87.6 billion with Mercosur over the last ten years. For this reason, despite rhetoric pushing for greater independence and flexibility, Brazil continues to invest time and effort in the bloc. The reality is that Brazil cannot afford to take the step back originally envisioned and poor economic performance will only further increase Brazil’s reliance on the bloc.