Managing the U.S.-China trade war ranks among the most difficult foreign policy challenges for the Biden administration. Average U.S. tariff levels on Chinese goods increased over six-fold after 2018 and cover two thirds of imports. Most of these new tariffs remain in place even after the signing of the Phase One deal last January, despite protest from the business lobby. At the same time, both the Trump and Biden administrations took steps to restrict inbound Chinese investment and curb high-technology exports to China.

Section 301 tariffs are framed in increasingly nationalistic terms, as a necessary component of the strategic rivalry with China. In response to critics of the Trump administration’s trade policy, U.S. Trade Representative Robert Lighthizer quipped "If you want certainty, bring your plants back to America.” Deputy National Security Adviser Matthew Pottinger put the choice for U.S. CEOs even more bluntly, "If you want to do business in China, it must be at the expense of American values." Current U.S. Trade Representative Katherine Tai expressed hesitancy about removing these tariffs, viewing them as leverage against China and acknowledging that they help shield U.S. producers from competition. The Biden administration appears to be in no hurry to reverse the Trump era strategy of decoupling.

Yet despite intensifying political hostility between Beijing and Washington and the mounting economic cost of tariffs, Chinese and American businesses remain deeply integrated in terms of financial, knowledge, and production networks. The vast majority of U.S. companies are not embracing the idea of decoupling from China. How are these multinational firms (MNCs) and the global supply chains that link them to China adjusting to the heightened political risks in the era of decoupling?

Foreign MNCs in China: Heading for the Exits?

Studying how the U.S.-China Trade War affect MNCs in China is a bit like trying to figure out what happens when an unstoppable force meets an immovable object. The Trade War transformed trade from a cornerstone of stability in the U.S.-China relationship to a source of uncertainty and risk. The fact that policymakers in Washington and Beijing are increasingly obsessed about vulnerabilities from economic interdependence poses unprecedented political risks for MNCs. At the same time, China continues to attract record volumes of foreign investment due to its high-quality infrastructure, skilled labor, and the promise of its vast domestic market. In our working paper, Dr. Samantha Vortherms (UCI) and I set out to examine the balance of these two contradictory trends by analyzing a new dataset on all foreign-invested enterprises registered in China between 2014 and 2019. We implement difference-in-difference design to isolate the impact of increased political risks on MNC exit due to the onset of the US-China Trade war.

The data reveal a pattern of churn rather than decoupling. Foreign MNCs exited China at a higher rate in 2019, from an average of 7.08 percent of firms exiting in the first two years of Trump’s presidency before the escalation of the trade war to 11.42 percent in 2019 after new tariffs and retaliatory tariffs were placed on nearly all bilateral trade. But, at the same time, the total number of MNCs increased from 257,404 to 308,569 and the number of registered U.S. MNCs held steady between 16,141 in 2017 to 16,536 in 2019. We show that the U.S.-China trade war broadly elevated political risks for MNCs operating in China, increasing the overall rate of firm exit. Specific exposure to tariffs only marginally increased exit, with a substantively small impact overall—less than one percent of the increase in exits is due to experiencing tariffs. MNC exits are also not concentrated in the sectors heavily affected by the trade war such as manufacturing and information technology.

Figure 1. Probability of MNC Exit by Country of Origin

Our findings show that American-owned MNCs were not more likely to exit China than other foreign MNCs (see Figure 1), debunking the assertion that MNCs are choosing sides by leaving China to accommodate political pressure from Washington. Instead, we find that bilateral investment treaties can mitigate political risks at the country level while firm entrenchment determine resilience to risk at the firm level. Thus, firm exit is determined by the balance of heightened political risks against the availability of firm- level and institutional resources to mitigate these risks. Larger and older MNCs are less likely to exit China both before and after the onset of the trade war.

If U.S. MNCs are not rushing for the exits in China, how are they responding to tariffs and other political risks? In a new paper, we investigated the domestic political behaviors of a representative sample of 500 MNCs based in the United States and operating in China to see if political risks raised by the trade war would encourage political actions such as commenting, testifying, or lobbying against section 301 tariffs that make overseas business harder. We use the Exit, Voice, Loyalty framework to explain how these U.S. MNCs choose between different strategies in response to U.S. tariffs. The diffuse and heterogeneous impact of the trade war on MNCs helps explain the lackluster political opposition to the continuation of U.S. tariffs. Supporters of protectionism constitute a concentrated interest group whereas the benefits from freer trade are diffuse. Additionally, larger U.S. MNCs might be more exposed in China but their size and experience increased their ability to manage political risk from geopolitical tensions and rising costs of tariffs.

The modal strategy for MNCs is to neither exit nor voice, but to be apolitical and adjust to the increased political risks by altering their business model.

The modal strategy for MNCs is to neither exit nor voice, but to be apolitical and adjust to the increased political risks by altering their business model. The 63 percent of MNCs in our sample that were impacted by tariffs do not constitute an effective coalition in opposition to tariffs. Most of them chose loyalty (65 percent), while only 22 percent chose voice and 7 percent chose exit (see Figure 2). Subsidiary size, age, and joint venture status predict the divergent strategies that U.S. MNCs pursue during the trade war. Firms with older and larger subsidiaries in China face higher sunk costs from exiting the China market and are thus more likely to respond to tariffs by voicing their opposition to tariffs in the United States. In contrast to the politics of trade liberalization, where MNCs were willing to shoulder the costs of collective action because they anticipated disproportionate benefits from market access, MNCs with supply chain linkages to China have proved to be much more hesitant in leading political opposition to section 301 tariffs.

Our evidence suggests that tariffs are not doing as much as policymakers seem to think in forcing MNCs to choose between the United States and China, nor have they produced the desired macroeconomic outcomes.[1] But they are having a significant distributional impact among the MNCs that operate across the two countries. U.S. MNCs harmed by tariffs have been reluctant to openly oppose tariffs due to the fear of political backlash. Tariffs are not helping win the competition with China but rather inadvertently creating winners and losers among U.S. businesses that operate in China, with smaller and newer firms losing to larger rivals.

[1] Since the onset of the Trade War, FDI inflows into China have continued to grow by 4.5 percent in 2019 (reaching a record $144.37 billion in 2020) while FDI inflows to the United States have declined by 19 percent since the onset of the trade war. At the same time, trade with China declined initially in 2018-2019 but surged to a new record in 2020, when the U.S. trade deficit with China grew to a record. There is little to no evidence of MNCs reshoring jobs to the United States. While it is difficult to disentangle the effect of the COVID-19 from the trade war, these numbers do not suggest that tariffs are having the economic effects that the Trump administration initially claimed. 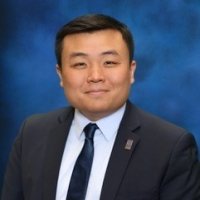