What to Expect from Brazilian Agriculture in 2019–2020

Agriculture has always been a massive contributor to the Brazilian economy, a relationship that has become even stronger since the economic recession. In 2019, however, agricultural activity appears to have slowed down, underscoring the sluggish scenario of the overall Brazilian economy. But according to researchers from the Institute for Applied Economic Research (IPEA), this shift is more of a short-term phase than any structural change.

Per Brazilian Institute of Geography and Statistics (IBGE) data, agricultural GDP fell 0.1 percent in Q1 2019 compared to the previous year, breaking a streak of three consecutive quarters of growth. Although the other sectors that IBGE measured showed some growth, the contraction in agriculture, combined with the steep 1.1 percent decline in industry, kept overall GDP growth to just 0.5 percent for the quarter.

But according to IPEA, the contraction in agriculture was more of a stumble than a steep fall. The institute forecasts 0.5 percent growth for agricultural GDP in 2019, as the decline in sugarcane, coffee, and soy crops revenues offsets the 2 percentage points added by corn.

Production of corn increased 21.4 percent in 2019, driven by the significant 31 percent boost in the second harvest, researchers explained. Consultancy INTL FCStone stated that Brazil’s second corn harvest for 2018-2019 may break the record of 72.4 million tons, boosted by better productivity in the states of Mato Grosso do Sul and Goiás, early sowing, and favorable weather. The consultancy also predicted the first Brazilian corn harvest at 28 million tons.

The increase in corn production came in handy, as all animal products—especially beef, milk, and pork—are set to grow this year, boosted by international demand for Brazilian agricultural exports. Since Q2, Brazilian exports and meatpacker’s stocks have surged due to Chinese demand, particularly after the African swine fever outbreak slashed the country’s domestic hog supplies. 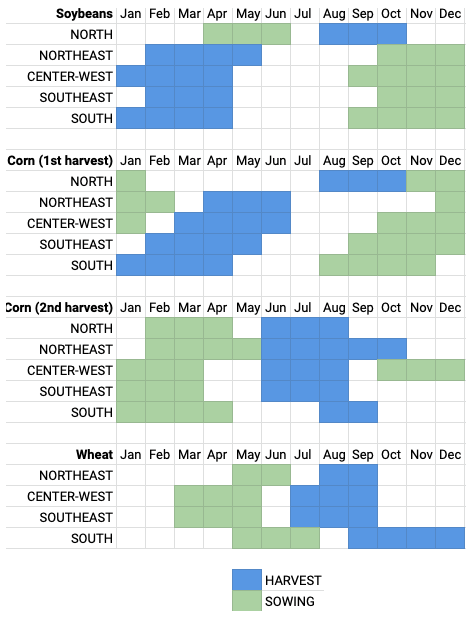 IPEA researchers noted that corn exports could reach 34.5 million tons, breaking new records. “What has favored this dynamic in demand is the drop in U.S. corn crops and the consequent increase in corn prices on the Chicago Stock Exchange. Uncertainties about the size of the North American crop may enable record exports of Brazilian corn, even though 67 percent of corn sales—which corresponds to 48 million tons—are well advanced,” they explain.

How will Brazil's Agriculture Perform in 2020?

For next year, IPEA predicts agricultural GDP will rise 2.0 percent, as farming is expected to grow 2.8 percent. Livestock may rise 2.2 percent, driven by a 2 percent increase in cattle production. The game-changer will probably be a projected growth rate of 6 percent for soy, 6.1 percent for rice, and 6 percent for cotton production, respectively, while corn production should remain at the same level as in 2019.

The international response to ongoing fires in the Amazon Rainforest could dampen external demand, if threats to boycott certain Brazilian products are realized. Nonetheless, it seems likely that, in the long run, agriculture will remain an important source of growth for the Brazilian economy. 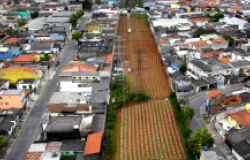 Blog post
Food and Agriculture
How Brazilian Cities are Boosting Sustainable Agriculture
By The Brazilian Report on September 3, 2019