Explore More
Close
Blog post
Security and Defense
Israel’s Potential Annexation in West Bank: What Will the Kremlin Do?
By Daniel Rakov on May 21, 2020
Share on FacebookShare on TwitterShare via Email
SharePrint
Blog post 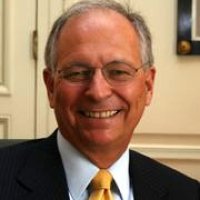 By Wolfgang Ischinger on October 2, 2017
Security and DefenseEuropeEuropean Union

Former Distinguished Scholar Wolfgang Ischinger is a German diplomat who was affiliated with the Wilson Center’s Global Europe Program from April to June of 2014.  He has been Chairman of the Munich Security Conference since 2008, and was Deputy Foreign Minister of Germany from 1998 to 2001. Ischinger began his diplomatic career in 1973 in the cabinet of the UN Secretary-General. He served as German Ambassador to the United Kingdom from 2006 to 2008 and to the United States from 2001 to 2006. In 2007, he represented the EU in the Troika negotiations on the future of Kosovo. In 2014, Ischinger was the Special Representative of the OSCE Chairman-in-Office in the Ukraine crisis. He was named Senior Professor for Security Policy and Diplomatic Practice at the Hertie School of Governance in Berlin in 2015.

A: The future of the Euro-Atlantic security order, the transatlantic relationship and European security policy are the issues that continue to preoccupy me!

At the Center, you have so many outstanding thinkers around you that any short meeting or talk could turn into a wonderful, deep discussion which would lead to new ideas.

A: Very much so! I have hardly ever been in a more stimulating environment than in my months at the Wilson Center.

A: The conversations I had. At the Center, you have so many outstanding thinkers around you that any short meeting or talk could turn into a wonderful, deep discussion which would lead to new ideas.

A: Without hesitating for a second!

A: I am, in addition to teaching and preparing the 2018 Munich Security Conference, currently working on a book about foreign policy.

Distinguished Scholar;
Chairman of the Munich Security Conference and Former Deputy Foreign Minister of Germany; Former German Ambassador to the United Kingdom from 2006 to May 2008 and to the United States from 2001 to 2006.
Read More