Fighting for Peace in Somalia: A History and Analysis of the African Union Mission (AMISOM), 2007-2017 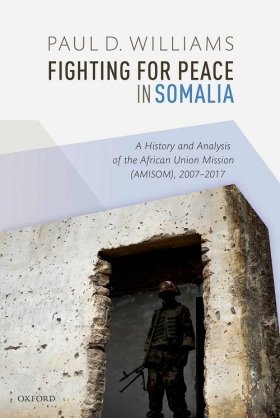 Fighting for Peace in Somalia provides the first comprehensive analysis of the African Union Mission in Somalia (AMISOM), an operation deployed in 2007 to stabilize the country and defend its fledgling government from one of the world's deadliest militant organizations, Harakat al-Shabaab.

The book's two parts provide a history of the mission from its genesis in an earlier, failed regional initiative in 2005 up to mid-2017, as well as an analysis of the mission's six most important challenges, namely, logistics, security sector reform, civilian protection, strategic communications, stabilization, and developing a successful exit strategy. These issues are all central to the broader debates about how to design effective peace operations in Africa and beyond.

AMISOM was remarkable in several respects: it would become the African Union's (AU) largest peace operation by a considerable margin deploying over 22,000 soldiers; it became the longest running mission under AU command and control, outlasting the nearest contender by over seven years; it also became the AU's most expensive operation, at its peak costing approximately US$1 billion per year; and, sadly, AMISOM became the AU's deadliest mission. Although often referred to as a peacekeeping
operation, AMISOM's troops were given a range of daunting tasks that went well beyond the realm of peacekeeping, including VIP protection, war-fighting, counterinsurgency, stabilization, and state-building as well as supporting electoral processes and facilitating humanitarian assistance.

"The African Union Mission in Somalia (AMISOM) is the AU's largest, most ambitious, most complex and most dangerous peace support operation. It has rivaled and often surpassed United Nations peace missions in size and challenges. Paul Williams has written a thorough, extremely detailed, comprehensive, balanced and thoughtful account of the mission. It is indispensible for any policymaker or scholar of Somalia, and a model for how academic analyses of peace operations should be written." - Alex de Waal The World Peace Foundation