Mobilizing the Russian Nation: Patriotism and Citizenship in the First World War 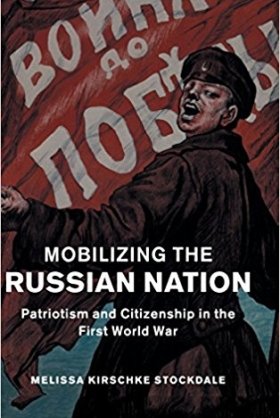 Mobilizing the Russian Nation: Patriotism and Citizenship in the First World War

The First World War had a devastating impact on the Russian state, yet relatively little is known about the ways in which ordinary Russians experienced and viewed this conflict. Melissa Kirschke Stockdale presents the first comprehensive study of the Great War's influence on Russian notions of national identity and citizenship. Drawing on a vast array of sources, the book examines the patriotic and nationalist organizations which emerged during the war, the role of the Russian Orthodox Church, the press and the intelligentsia in mobilizing Russian society, the war's impact on the rights of citizens, and the new, democratized ideas of Russian nationhood which emerged both as a result of the war and of the 1917 revolution. Russia's war experience is revealed as a process that helped consolidate in the Russian population a sense of membership in a great national community, rather than being a test of patriotism which they failed.