Origins of the Suez Crisis: Postwar Development Diplomacy and the Struggle over Third World Industrialization, 1945–1956 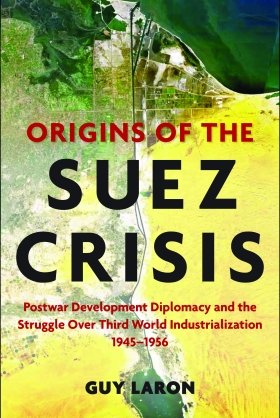 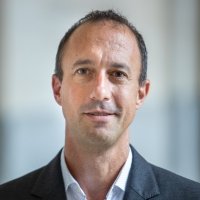 Origins of the Suez Crisis describes the long run-up to the 1956 Suez Crisis and the crisis itself by focusing on politics, economics, and foreign policy decisions in Egypt, Britain, the United States, and the Soviet Union. Based on Arabic source material, as well as multilingual documents from Israeli, Soviet, Czech, American, Indian, and British archives, this is the first historical narrative to discuss the interaction among all of the players involved-rather than simply British and U.S. perspectives.

Guy Laron highlights the agency of smaller players and shows how they used Cold War rivalries to advance their own economic circumstances and, ultimately, their status in the global order. He argues that, for developing countries and the superpowers alike, more was at stake than U.S.-USSR one-upmanship; the question of Third World industrialization was seen as crucial to their economies.

Guy Laron is a lecturer at the Hebrew University of Jerusalem. He was a scholar at the Wilson Center’s Kennan Institute in 2008.

Introduction: From the BRICs to Suez

1. Why Do They Hate Us? The British, the Effendia, and the Collapse of a Once-Reliable Colonial Machine, 1945–1952

2. Nasser as the Wave of the Future: The Inevitable Alliance between American Internationalists and Egyptian Officers, 1952–1954

4. The Mirror Strategy in Action: The Use and Abuse of the Soviet Economic Offensive in the Third World during 1955

6. The Rise and Demise of the Third Bloc Movement during the Suez Crisis, July–November 1956

8. Postscript: From Suez to the BRICs

“The author crafts a rich narrative of the early 1950s leading up to the crisis. He commands a full array of the archival sources of the major players, including the Soviet Union.”—Choice