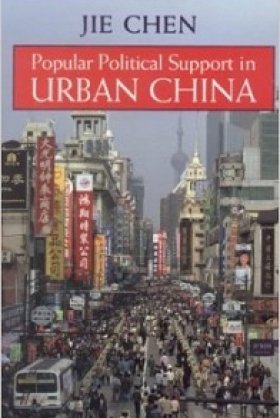 Has the current political system in the People’s Republic of China lost its legitimacy in the eyes of the Chinese public? On the basis of three carefully drawn surveys of Beijing residents between 1995 and 1999, the author finds that diffuse support for the current political system—based on attitudes toward institutions and values—remains strong, at least among city-dwellers, though it is gradually declining. Specific support for current political authorities, as measured by evaluations of their performance in major policy domains, is much weaker, with many citizens evaluating the authorities’ performance as mediocre.

In analyzing the longitudinal data presented here, the author finds that the same set of key sociodemographic attributes and sociopolitical orientations variably influence citizens’ attitudes toward the political system and their evaluations of leaders’ performance. Further, the study shows that citizens’ attitudes toward the system, on the one hand, and their evaluation of incumbents’ performance on the other, have different impacts on forms of political participation, such as voting and contacting authorities.

Jie Chen is associate professor of political science and director of the Asian Studies Institute at Old Dominion University.

2. The Extent of Popular Political Support in Beijing

3. Relationship between Diffuse and Specific Support

6. The Behavioral Consequences of Political Support

7. Conclusion: Empirical Findings and Their Implications

“Despite obstacles presented by Chinese authorities, the number of reliable survey-based studies of politics in China by scholars based abroad has grown considerably since the late 1980s. Among such scholars, Jie Chen has engaged in a cross-sectional study: a set of representative sample surveys of Beijing residents, conducted in 1995, 1997 and 1999. The surveys explore the distribution, sources and consequences of political support, an issue of clear relevance to our understanding of regime stability and Communist Party survival.… Popular Political Support in Urban China is a thoroughly empirical study.… The evidence is presented throughout in a clear style that assumes the reader has no prior knowledge of survey methods, statistical inference, political science.… This is undoubtedly a strength.”—The China Journal

“It is sometimes assumed that popular support for the current regime in Beijing has fallen in recent years.… In Popular Political Support in Urban China, Jie Chen presents evidence both supporting and challenging this view.… Chen’s book contributes to our understanding of popular attitudes and reminds us that the Chinese Communist Party continues to enjoy considerable legitimacy. It is highly recommended to readers.”—China Review

“This is a very impressive study on political support in China. It is remarkably well-written, one of the best examples I have seen of making survey data understandable to general readers. The author bases his analysis on an extensive reading of the relevant literature on the theoretical issue of support, and on findings from previous studies of democratic countries, the former Soviet Union, and China. It will be a welcome addition to these various bodies of literature.”—Bruce Dickson, George Washington University

“This manuscript is a welcome addition to the public opinion literature on China. The application of diffuse and specific support to China is innovative. The three surveys at three time periods are valuable in discussing trends [of popular political support].”—Wenfang Tang, University of Pittsburgh