Solovyovo: The Story of Memory in a Russian Village 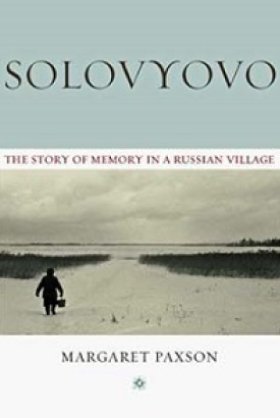 In a small village beside a reed-lined lake in the Russian north, a cluster of farmers has lived for centuries—in the time of tsars and feudal landlords; Bolsheviks and civil wars; collectivization and socialism; perestroika and open markets. Solovyovo is about the place and power of social memory. Based on extensive anthropological fieldwork in that single village, it shows how villagers configure, transmit, and enact social memory through narrative genres, religious practice, social organization, commemoration, and the symbolism of space.

Margaret Paxson relates present–day beliefs, rituals, and practices to the remembered traditions articulated by her informants. She brings to life the everyday social and agricultural routines of the villagers as well as holiday observances, religious practices, cosmology, beliefs and practices surrounding health and illness, the melding of Orthodox and communist traditions and their post–Soviet evolution, and the role of the yearly calendar in regulating village lives. The result is a compelling ethnography of a Russian village, the first of its kind in modern, North American anthropology.

Margaret Paxson is Senior Associate at the Kennan Institute of the Woodrow Wilson International Center for Scholars. She has published articles in the Washington Post Sunday Magazine and the Wilson Quarterly.

Author Margaret Paxson discussed her book at a book launch at the Wilson Center on January 12, 2006.

2. Setting the Village in Space and Time

Afterword: On Lightness and Weight

“What is the opposite of ivory tower? The black earth of Solovyovo, perhaps? Margaret Paxson, a brilliant anthropologist, has gotten her hands—and a lot else besides—dirty in the mud of a Russian village, to the enormous benefit of the readers of her new book. Paxson makes a huge contribution to our knowledge of the Russian village, an ancient human institution whose uniqueness has survived wars and revolutions for centuries. One's sense of Russia will never be quite the same after reading her book.”—Robert G. Kaiser, author of Russia: The People and the Power, and Why Gorbachev Happened

“Through intensive, careful ethnographic conversations and participant observation over several years, Margaret Paxson has uncovered a stunning cosmology that frames both ritual and everyday practices in a contemporary Russian village. Although folklorists and anthropologists of Russia will recognize many of the elements of this world-framing system from nineteenth and twentieth century studies, Paxson’s holistic approach reveals a system of local theory that has both startling coherence and profound application in day-to-day existence. Scholars and students of Russian folklore, literature, culture, and sociology will find great value in this groundbreaking and beautifully written work.”—Nancy Ries, Colgate University