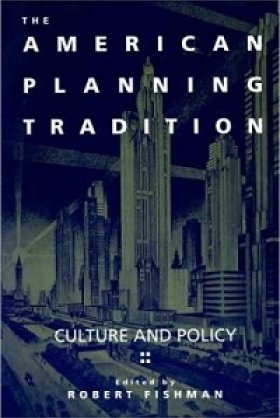 The past half-century’s radical transformation of American cities and regions has paradoxically stimulated our interest in older forms of cities and renewed our respect for the planning tradition that created them. Today, with everything urban and public perpetually in crisis, we turn attentively toward the figures who shaped our cities and left a magnificent legacy of public spaces, public transit, public parks, public libraries, public schools, public health, and public safety.

Robert Fishman is a professor of history at Rutgers University. He is the author of Bourgeois Utopias: The Rise and Fall of Suburbia and Urban Utopias in the Twentieth Century: Ebenezer Howard, Frank Lloyd Wright, and Le Corbusier. He was a fellow of the Woodrow Wilson Center in 1988–89 and a public policy scholar there in 1999.

1. The American Planning Tradition: An Introduction and Interpretation
Robert Fishman

“Every chapter in this collection is extremely well-written.… This volume would be an excellent addition to any undergraduate or graduate planning history course.”—Daphne Spain, Journal of the American Planning Association

“The vast scope we expect in anthologies on vernacular architecture is exceeded in this anthology on planning.”—Mark Heyman, Vernacular Architecture Newsletter

“Those who want to explore metropolitanism and regionalism as historically based prescriptive traditions and resources for current discussion will do well to consult this book. Thomas’s essay, in particular, is an historian’s tour de force, illuminating both the original regionalist impulse and its link with present-day thinking.… This work belongs on the shelf of any American planning historian or activist curious about the historical firmament in which their ideas and aspirations are rooted.”—Jon A. Peterson, H-Net Reviews

“The American Planning Tradition is a worthy contribution to the field of urban planning. It raises many intriguing questions about the nature of American society and its consequences for urban planning.”—Eran Ben-Joseph, Journal of Urban Design

“In reshaping our understanding of the American past, planning historians can help shape the future.”—John D. Fairfield, Urban History 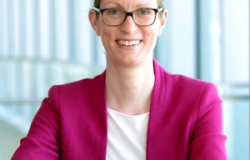