The Crisis in Kashmir: Portents of War, Hopes of Peace 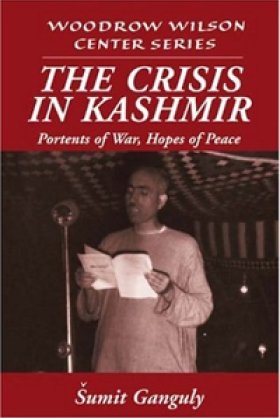 This book traces the origins of the insurgency in Indian-controlled Jammu and Kashmir. The first theoretically-grounded account, and the most complete, it is based on extensive interviews. Ganguly’s central argument is that the insurgency can be explained by political mobilization and institutional decay. In an attempt to woo the Muslims, the government dramatically expanded literacy, mass media, and higher education. Meanwhile, fearing potential secessionist proclivities, it stifled the development of political institutions. Unable to express dissent in an institutional context, the Kashmiris resorted to violence.

2. Political Mobilization and the Onset of the Insurgency

3. The Past as Contrast, or the Dog That Didn’t Bark

4. Another War, the Simla Accord, and yet, No Insurgency

5. The Proximate Causes: The Rajiv-Farooq Accord and the Outbreak of the Insurgency

Appendixes:
The Instrument of Accession, Article 370 of the Indian Constitution
The Tashkent Agreement
The Simla Agreement

“Like an investigative journalist, Ganguly has gotten into the trenches and his account is the result of extensive interviews with government officials, Kashmiri activists and militants, the media, members of nongovernmental organizations, and military personnel both in India and in Pakistan as well as those in the United States. Consequently, The Crisis in Kashmir is perhaps the most exhaustive contemporary study of the Kasmir dispute.… Ganguly’s book is recommended reading for any student of the Kashmir.”—India Abroad

“This volume represents social science at its best. It is a detailed case study of the Kashmiri insurgency…based on extensive interviews with government officials, Kashmiri activists, journalists, and military personnel.… The volume concludes with some sensible recommendations for moving toward a resolution of the crises.”—Foreign Affairs

“Both as an old fashioned narrative and as a rigorous theoretical endeavour it is outstanding.”—Outlook

“This volume represents social science at its best. It is a detailed case study…”—Foreign Affairs

“...an excellent teaching resource.… Essential for India specialists, political scientists, ethnicists, international theorists, and all levels of students, it can also be appreciated by general readers.”—R. Khator, Choice