Skip to main content
Support
Explore More
Close
Article
Democracy
Lula Finds Out that Latin America Is Not As He Left It
By The Brazilian Report on January 26, 2023
Share on FacebookShare on TwitterShare via Email
Share
Share
Email
Book 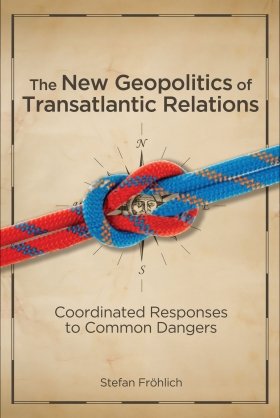 The United States and Europe encounter many of the same foreign policy challenges, challenges that diversely impact the two regions and prod...

The United States and Europe encounter many of the same foreign policy challenges, challenges that diversely impact the two regions and produce different—but often complementary—responses. In regard to Russia’s renewed assertiveness, for example, the issue for the United States is one of global competition, whereas Europe’s concern is local because Russia is a major supplier of oil and gas. Where the United States may pursue confrontation, Europe is more likely to operate with conciliation. This book develops a framework for future U.S.-Europe relations as the two world powers work toward meaningful and logical solutions to their shared foreign policy problems.

The author identifies commonalities and differences in the two regions’ economic aims, political habits, and cultural history. What Europe and the United States share means that their future relations should and will be more than occasional collaborations, even if they no longer pursue a common mission. Ultimately, the book sets forth a new transatlantic agenda by discussing principal areas of concern.

Stefan Fröhlich is a professor of international politics at the University of Erlangen-Nürnberg, Germany. He was a public policy scholar at the Woodrow Wilson Center in 2007.

A book launch event was held at the Wilson Center on February 23, 2012.

2. The Structural and Political Legacy: The Impact of the New International Order and the Bush Presidency on Transatlantic Relations

4. The Geopolitical Dimension: The Transatlantic Community in a Multipolar World

5. The Geostrategic Dimension: Crisis Management in the Broader Middle East and North Africa

6. The Geoeconomic Dimension and Other Global Challenges

7. Conclusion: Toward a Pragmatic Transatlantic Relationship

“The real contribution of the book lies in the masterful way the author brings together the large complex of issues and trends in the transatlantic relationship in a comprehensive and understandable way. The author provides an excellent and balanced survey of the key trends and fissures between North America and Europe without falling into an unrealistic pessimism. He also brings together an impressive amount of both primary and secondary source material in a well-organized and readable style.”—Stephen Szabo, Executive Director, Transatlantic Academy

“What makes this book interesting is the combination of economic, security, and foreign policy considerations as a way to analyze the current state of the Atlantic alliance. It is in this context that it presents an interesting normative approach to the crisis in transatlantic relations prompted by the war in Iraq.”—Dieter Dettke, former U.S. Representative and Executive Director, Friedrich Ebert Foundation