Toward a Society under Law: Citizens and Their Police in Latin America 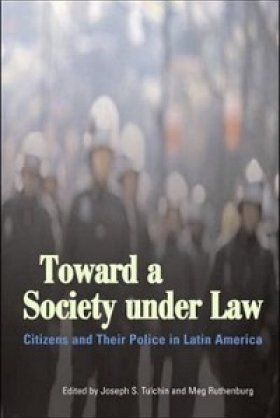 Crime continues to undermine the rule of law and democracy in Latin America. The incidence and severity of crime reduce the community’s trust in police and in government, and many attempts to address the crime problem have stalled. Directly empowering citizens has, however, been a promising avenue for change. Toward a Society under Law focuses on community policing and on police reform.

The first part of the book covers general issues and themes, with chapters on the impact of community policing, the role of advocacy networks, urban social policies and crime, and the cost of crime. The second part includes case studies of police reform, community policing, Argentina’s national plan for crime prevention, and crime in Mexico City. Several contributions offer comparative studies of several countries. The contributors include political scientists and sociologists from Argentina, Chile, Brazil, Peru, the United States, and the United Kingdom.

Toward a Society under Law is a product of an ongoing project of the Latin American Program at the Woodrow Wilson International Center for Scholars. It follows an earlier book, Crime and Violence in Latin America: Citizen Security, Democracy, and the State, edited by Hugo Frühling and Joseph S. Tulchin, with Heather A. Golding, which was published in 2003.

1. Introduction: Toward a Society Under Law
Joseph S. Tulchin and Meg Ruthenburg

Part III. Conclusions and Recommendations
12. Conclusion: Security and the Rule of Law in a Democratic Society
Joseph S. Tulchin and Meg Ruthenburg

“By focusing on citizen-police relations, and the specific attempts to improve them, this book brings out one of the most important issues for citizen security in democracy today.”—Mark Ungar, City University of New York

“An impressive collection of essays… an indispensable tool for scholars and practitioners.”—Ruth Stanley, Journal of Latin American Studies 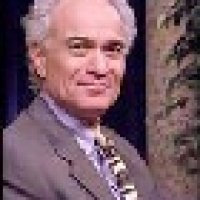