Publication
Democracy
Venezuela and Cuba: The Ties that Bind
Share on FacebookShare on TwitterShare via Email
Share
Book

Why Wilson Matters: The Origin of American Liberal Internationalism and its Crisis Today 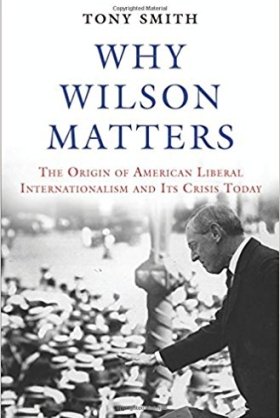 The liberal internationalist tradition is credited with America's greatest triumphs as a world power―and also its biggest failures. Beginning in the 1940s, imbued with the spirit of Woodrow Wilson’s efforts at the League of Nations to "make the world safe for democracy," the United States steered a course in world affairs that would eventually win the Cold War. Yet in the 1990s, Wilsonianism turned imperialist, contributing directly to the invasion of Iraq in 2003 and the continued failures of American foreign policy.

Why Wilson Matters explains how the liberal internationalist community can regain a sense of identity and purpose following the betrayal of Wilson’s vision by the brash “neo-Wilsonianism” being pursued today. Drawing on Wilson’s original writings and speeches, Tony Smith traces how his thinking about America’s role in the world evolved in the years leading up to and during his presidency, and how the Wilsonian tradition went on to influence American foreign policy in the decades that followed―for good and for ill. He traces the tradition’s evolution from its “classic” era with Wilson, to its “hegemonic” stage during the Cold War, to its “imperialist” phase today. Smith calls for an end to reckless forms of U.S. foreign intervention, and a return to the prudence and “eternal vigilance” of Wilson’s own time.

Why Wilson Matters renews hope that the United States might again become effectively liberal by returning to the sense of realism that Wilson espoused, one where the promotion of democracy around the world is balanced by the understanding that such efforts are not likely to come quickly and without costs.

"A painstaking, take-no-prisoners attack on those who believe that America’s historical experience can be duplicated everywhere. . . . This makes for powerful reading."--Robert Kaplan, Wall Street Journal

"A valiant effort to assert that Woodrow Wilson's view of how America should relate to the world has relevance today. . . . Smith performs a service to readers looking to place current domestic political developments in historical context."--Publishers Weekly

"[Smith] wants to reclaim Wilson’s historical memory to bolster the very idea of liberal internationalism, which he correctly considers under assault. For Smith, the problem is not that the United States stands for liberal values and seeks to promote democracy abroad; for too many, doing so has become synonymous with military force and overthrowing governments. The association of Wilson’s precepts with the recent wars in Iraq, Afghanistan and Libya has caused many to question the wisdom of a vigorous American role in the world. The result, Smith argues, is that 'neo-Wilsonianism sabotaged the very tradition from which it had emerged.'"--Derek Chollet, The National Interest