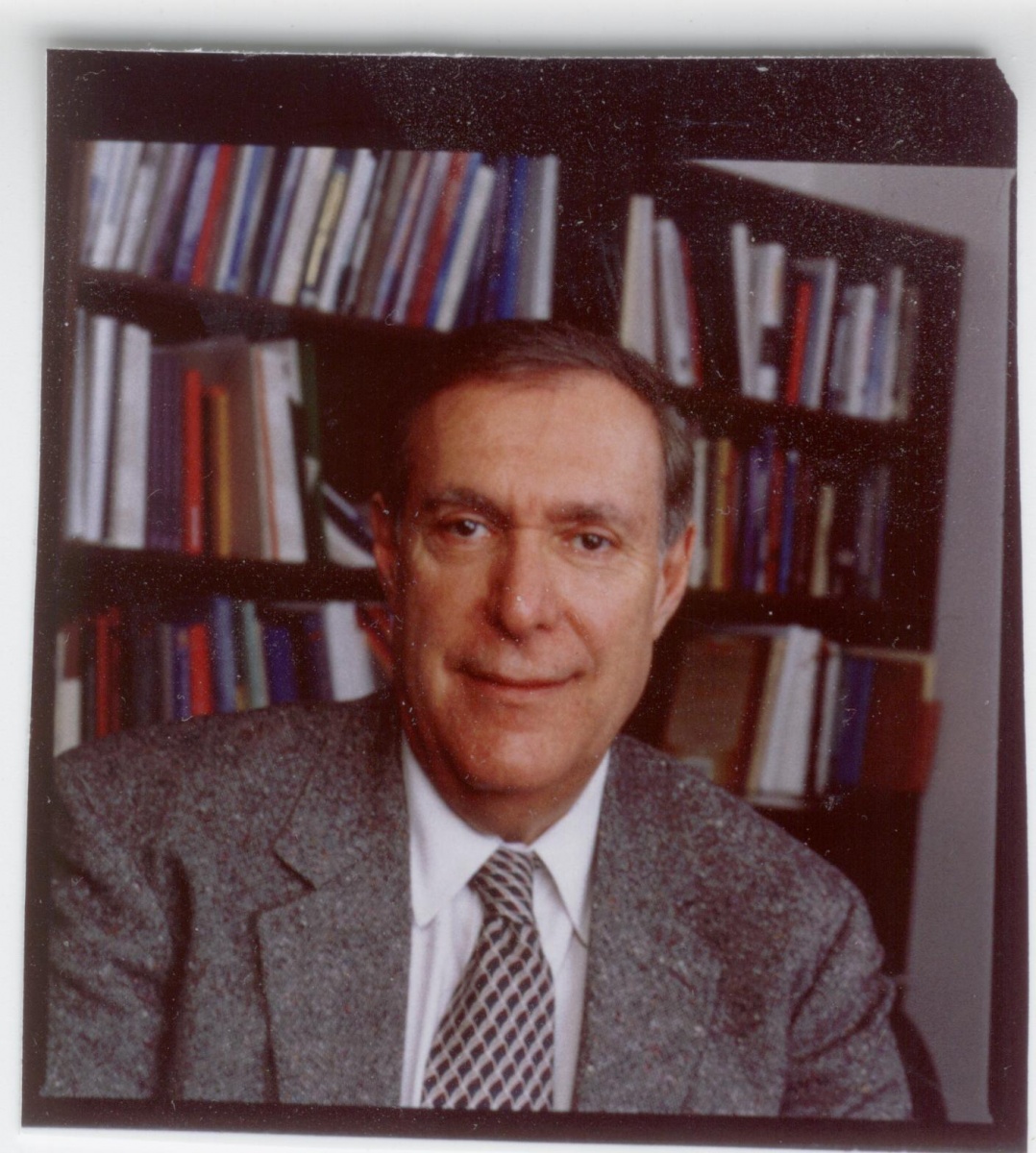 Elie Geisler received training as a radiation-safety officer while serving as a solider at Dimona from 1964 to 1966. As the crisis escalated in late May 1967, Geisler was summoned to meet the head of the Minhal Madaii—the secret scientific administration in charge of the nuclear project—who gave him a special assignment: guarding a radioactive “package” to be placed under heavy security. The following testimony was relayed to Avner Cohen through several interviews and follow-up conversations and email exchanges.

Eliezer (Eli) Geisler was born in June 1942 in Jerusalem to a family with illustrious roots in the land of Israel.  His maternal family inhabited the land between the Mediterranean Sea and the Jordan River for seven generations, since the post-Napoleonic wars era (mid-eighteenth century). In 1955, at age 13, his family moved to Rio de Janeiro, Brazil, but after his father’s passing in 1962 the family moved back to Israel.

In November 1963, at age 21 – a little older than his peers – Geisler was drafted to the Israeli Defense Forces (IDF). He was assigned to Unit 1050, a top-secret small military unit that administered the military recruits who worked at the Negev Nuclear Research Center (KAMAG). After a short course in nuclear radiation safety, Geisler was certified as a radiation inspector. During the period 1964-1966 he served as a military recruit at KAMAG, a radiation inspector first and later promoted to be a radiation safety unit chief for 18 months.

In 1965, Geisler received special permission while still in military service to start undergraduate studies at Tel Aviv University (Labor Economics and Political Studies). At the end of his military service in 1966, Geisler continued to work full time at KAMAG – under special arrangement with 1050 – which allowed him to fund his studies. In the spring of 1967, Geisler was in between assignments: he left KAMAG and was about to start a new assignment at the Israeli Atomic Energy Commission (functioning also under the non-public name Minhal Madaii, Scientific Authority in Hebrew, as the administration in charge of the nuclear project) headquarters in Ramat Aviv.

Then the 1967 crisis erupted. Geisler was mobilized for military duty as a reservist at unit 1050.  It was during that crisis that the extraordinary events described in this testimony occurred. Geisler thinks of his personal role in those events somewhat along the narrative of the main character of Herman Wouk’s The Caine Mutiny. As Geisler puts it, “I just happened to be there and was an eyewitness to events, some of which I understood their powerful historical footprint, and some I did not.  This is why it took me several decades before I could put these memories to paper.”

Geisler received his B.A. from Tel Aviv University in 1969 and continued to study there for his MBA (Finance and Organization) which he was awarded in 1973. During that time, Geisler continued to work at the Minhal, from 1969 until 1973 as an aide to Dr. Elkana Halevi, who was the direct-general’s deputy on matters of administration and organization.

After serving in the 1973 war at the Minhal, Geisler left Israel in 1974 to enroll in doctoral studies in Organizational Behavior at the Kellogg Business School of Northwestern University. Upon completion of his Ph.D dissertation in 1979 (Topic: "An Empirical Study of a Proposed System for Monitoring Organizational Change in a Federal R&D Laboratory"), Geisler taught as a professor in the University of Wisconsin system. While at Wisconsin, he consulted for the U.S. Army, Air Force, Navy, Department of Defense, and the Departments of Commerce, Health and Human Services, Agriculture, and Energy. He also consulted for many large US and global corporations such as GM and Siemens.

In 1999, Geisler joined the Stuart School of Business at Illinois Institute of Technology and in 2007 he was named Distinguished Professor. In 2013, Professor Geisler was awarded the Medal of Excellence, given annually by the PManagement of technology

Since his move to Illinois Institute of Technology, Professor Geisler published 15 books and over 100 papers in refereed journals in the following areas: management and metrics of technology and innovation; management of medical technologies. and knowledge management. His research has explored the genesis, progress and evolution of knowledge and the metrics and diffusion of innovation and technology in complex organizations.

In 2019, Geisler became Distinguished Professor Emeritus and has devoted his time exclusively to research and writing. His current research focuses on a new theory of how we compile individual items of raw or rudimentary data into complex conceptual notions and constructs (Perspective Theory).

Professor Elie Geisler is the second Israeli participant – after the publication of the testimony of the late Brig. General Yitzhak (Ya’tza) Yaakov in 2017 – in the 1967 nuclear alert who agreed, decades later, to go public with his testimony.  While Geisler’s role in those events may not be as prominent as Ya’tza – the latter had an entrepreneurial role in that saga, in contrast with Geisler, as he himself put it, just “happened to be there at that particular moment in time” – it is evident that that those events left enormous imprint on their mind.  That was the reason why both recalled so vividly their role in that tale. It took them both decades before they felt comfortable to share their memory with others.

Furthermore, not only does Geisler’s account fills some gaps in our understanding of the larger story, but it also complements Ya’tza’s testimony. What Ya’tza vaguely remembered in 1999 as “there was some problem”; Geisler, it now appears, was actually the face of that problem. Geisler’s testimony reinforces Ya’tza’s testimony about the improvisational nature of those events.

In conversations and email, Geisler referred to his involvement in that drama as almost accidental. As he put it, he just “happened to be there at that particular moment in time.”  Geisler, who had served as a radiation inspector at the Negev Nuclear Research Center (KAMAG) while on his mandatory military service, was mobilized in the third week of May 1967 as a reserve soldier under the jurisdiction of the Minhal. On May 28, Geisler was summoned to an unexpected meeting with the head of the Israeli Atomic Energy Commission, Professor Israel Dostrovsky, in which he was given a special assignment. Moreover, for that emergency assignment he was formally commissioned as an army officer at the rank of lieutenant (without passing an officer course). The assignment involved assuming control of, on Dostrovsky’s behalf, a small, secure compound in central Israel. Along with Dostrovsky and others, Geisler arrived at the compound in the early afternoon along with a special “package” that was brought in a small, guarded convoy. With the package, a border-guard platoon of 28 men arrived also to secure the compound.

As a radiation safety inspector, Geisler understood very well the task he was summoned for: he was assigned to be the custodian of Israel’s precious insurance policy. “During my inspections,” as Geisler described his feeling at the time, “I reflected on the fact that I had under my control the first Jewish, Israeli nuclear core. I had read some books and articles about the origins of the atomic bomb and recognized the enormous contributions of Jewish physicists to the making of the bomb—from Albert Einstein to Enrico Fermi and Leo Szilard.”

Then, on Friday, June 2, an incident happened. An unexpected military visitor arrived at the compound, wearing the insignia of an IDF colonel.  He identified himself as Col. Ya’akov, whose task it was to take command of the compound. Within minutes, the young Lt. Geisler and Col. Ya’akov found themselves in a confrontation over custody, threatening each other with the use of force. The next day, June 3, Ya’akov returned with two trucks full of officer cadets. Finally, the custody dispute was resolved at a higher level by establishing shared custody.

It happened that Geisler came to interpret his encounter with Ya’akov as an illegitimate effort by the IDF to claim custody over the nation’s nuclear weapons. Based on my conversations with Ya’akov and others, I interpret the incident a bit differently.  Unlike Geisler, I do not think that the incident was an effort by the IDF to assert custodianship over nuclear weapons, but rather expressed the genuine growing pains of Israel’s abrupt, improvisational entry into the nuclear age.

It was uncharted territory for all involved.

Read the personal testimony on the Digital Archive