Academic Freedom Under Attack: Authoritarian Regimes and the Battle for Knowledge

When discussions turn to the rise of authoritarianism, crackdowns on the press or the judiciary are usually front and center. Equally under threat though, is academic freedom. In a healthy democracy, academics have the freedom to research, teach, and act as a corrective to societies, governments, and institutions, which are supposed to protect them.

Across the world, authoritarian leaders are targeting universities and professors to silence critical thinking and crush academic freedom. In Hungary, Turkey, Nicaragua and Mexico universities, academics and scientists, have come under attack from the authorities as governments try to restrict freedom of expression.

In this conversation, experts discussed the effects academic repression has on universities and society, and how academics are pushing back.

“We also coined a new term, which is the polypore states. Before you start googling, this polypore, is this mushroom which lives on the trunk of the tree and produced is nothing else than the polypore. And, with my colleague, Veronica Chabaska, we were arguing that this is a new form of governance, which is producing parallel institutions—just think about the tree and the mushroom—and it privileges the familial, not family policy. But certain families—not all families are equal. And, it works with the security narrative where everything becomes a threat. Instead of policies, there are always threats: real and imaginary threats. So what did we learn from this?”

“Who is paying for this? Is always curtaining the academic freedom… so academic freedom is a Utopian concept we should all strive for. But, definitely something which should be implemented in different models of universities and this illiberal turn in academic science policy has not come from nowhere. There were always different models of these illiberal forms of university and if you think about Nazi Germany or the Soviet Union, I mean there were universities there as well. And, also the different religious universities, they are called universities, but they are operating on a very different model. So, again, let me be the person with the glass half full, and suggest that we should look for the different new models, which are developing and against this kind of illiberal takeover of the university structure, which in some countries are led by states.”

“Another extension is that since 2006, for the last 15 years, there have been 77 universities—new universities—established in Turkey. We have more than 8 million university students and this is just amazing. It’s a huge number and if you think infrastructure wise, if you think about the faculty and the staff that is required, to work in these 77 universities, you could understand that it’s a big task to take over in such short notice. And the thing is, of course, this a way of granting, basically, free diplomas to your voters. So, there is an interesting deal there.”

“We are back to Lopez Obrador. He interprets the Mexican democratic transition—as it used to be called of the 80s and the 90s—as a perversion of these revolutionary ideas. A close reading of his speeches since he became President shows he often underscores the role that academics played in this transition with considerable rancor. For him, we are the principal architects and beneficiaries of the neoliberal economic reforms that were enacted by governments after 1982. As a result, he argues that academic life is one of undeserved privileges huge financial rewards and little service to the public good. As is a politician, also, who dislikes criticism, he also rejects academic research, which does not support his policies or his political statements. And, from his point of view, all criticism of his actions come from privileged minorities who are defending their own selfish interests, such as myself.”

“The university also plays a role in the sense that after the historian regime—whether they like it or not—everyday, they lose support of different sectors of society that do not accept the way that things are going. And, universities so far have been… so easily controlled by Ortega and transformed through giving positions to people sympathetic to them through scholarships and things that were already mentioned that are destroying the university.” 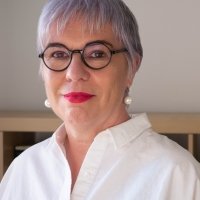 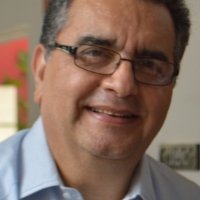 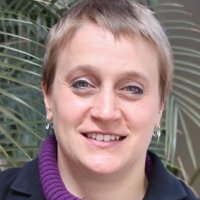 Professor, Center for Research and Teaching in Economics (CIDE), Mexico 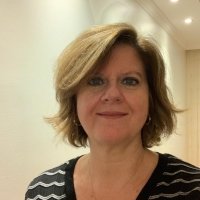 Professor at the Department of International Relations, Ege University, Turkey