Skip to main content
Support
Show
Streaming
Two Presidents, One Agenda: A Blueprint for South Korea and the United States to Address the Challenges of the 2020s and Beyond
Explore More
Close
New Security Beat
Environmental Security
Can Law Prevent the Green Recourse Curse in Sub-Saharan Africa?
Image Credit
Share on FacebookShare on TwitterShare via Email
Share
Watch Now
Event

All Systems Go: Integrating Climate Security Across the U.S. Government

President Biden has made clear his intention for U.S. government agencies to coordinate both within and across their portfolios on climate security. In practice, that will be a challenging lift for an organization as complex, large, and diverse as the U.S. government. In this Berlin Climate and Security Conference panel, representatives from the National Security Council, U.S. Department of State, U.S. Agency for International Development, and National Oceanic and Atmospheric Administration provided updates on their agencies' efforts to address climate security in the U.S. and with partners around the world.

“We are really taking a whole-of-government approach to address the challenges posed by climate change,” said Jennifer DeCesaro, Director for Climate Security and Resilience at the U.S. National Security Council, at a recent Wilson Center event hosted as part of the 2021 Berlin Climate and Security Conference. President Biden has taken an unequivocal position on climate change: The administration’s first order of business was to issue a series of executive orders aimed at catalyzing climate action. Putting the full institutional weight of the U.S. government behind this agenda requires a re-orientation of domestic and international security, development, and diplomacy. Creating “new muscle memory” on how we approach these typically siloed challenges is essential to elevating climate policy, said DeCesaro.

An unprecedented focus on climate change

Cross-cutting agency mandates and collaboration between departments has reached an unprecedented level, said Stephanie Epner, Senior Advisor on Climate Change and Foreign Policy at the Office of the Special Envoy for Climate Change. For instance, she said, Secretary of State Anthony Blinken recently dispatched a sweeping policy guidance cable on climate’s connections to economics, human rights, and hard security challenges to every U.S. mission and post across the world. In line with President Biden’s executive order early in his term, the Director of National Intelligence is spearheading the first ever National Estimate on Climate Change. And the Department of Defense, said DeCesaro, is producing a foundational Climate Risk Assessment spotlighting the impacts of climate hazards on the department’s operations and how they should be foregrounded in modeling, simulation, and war-gaming.

Climate change has not always been given such precedence in government. In the previous administration, “you couldn’t use the words climate and change in the same sentence… climate-related work was buried and renamed,” said Gillian Caldwell, Agency Climate Change Coordinator and Deputy Assistant Administrator at the U.S. Agency for International Development. As a result, federal bureaus suffered a critical loss in the staffing, capital, and resources needed to set the roadmap for systems-wide change, said Caldwell.

Despite the turning political tide, increasing capacity remains a significant roadblock in U.S. government. Forming integrated operational responses “require[s] us to look at and weigh alternatives against each other, and at times make hard decisions to reconcile our approaches,” said DeCesaro. At an operational level, the Congressional gridlock obstructs the expansion and reach of climate funds to vulnerable communities and groups historically excluded from public finance. President Biden’s election has injected new momentum into the climate space; the next step is to transform this ambition into concrete strategy development and intervention—to “moving beyond talking the talk and really begin walking the walk,” said Caldwell.

The mainstreaming of climate change should center science, said Roger Pulwarty, Senior Scientist in the Physical Sciences Division at the National Oceanic Atmospheric Administration. The scientific community plays a critical role in communicating current understanding of thresholds, tipping points, systematic risk, and responses within Earth systems. We need science at the table, said Pulwarty, for evidence-based policy-making. President Biden’s executive order, for instance, reinstated a presidential memorandum from the Obama era that instituted a climate national security working group tasked with integrating knowledge on climate impacts in the U.S. national security doctrine. The interagency committee is co-chaired by the National Security Council and the Office of Science and Technology Policy—a signal of the growing recognition that science and security agencies need to “work hand in glove” to future-proof society from climate change, said DeCesaro.

In addition to grounding decision-making with science, the panelists stressed the importance of incorporating a conflict sensitive lens within climate responses. Historically climate change prevention and humanitarian efforts have been disjointed in the U.S. government, said Caldwell. Aligning the two is vital to addressing the climate change-conflict nexus and preventing the negative knock-on effects of carbon reducing policies. “If you are proactive and thinking and anticipating those potential underlying risks,” said Caldwell, climate change can precipitate peacebuilding efforts. Resource sharing agreements, livelihood diversification, and the strengthening of formal and informal institutions within the agricultural sector—when executed in a deliberate, coherent, and strategic manner—fortify protections against resource-driven conflict. In other words, said Caldwell, they serve as a “crisatunity”: an opportunity for peacebuilding.

Core to tackling the relationship between climate exposure and fragility are justice, equity, and inclusion. “What that means is thinking about Indigenous Peoples, women and girls who are often hit first and worst in these kinds of contexts—marginalized local communities who are left out of consultation and decision-making,” said Caldwell. Expanding on this point, Pulwarty said the Intergovernmental Panel on Climate Change surveyed Indigenous communities and the traditional knowledge systems they deploy to effectively steward nature, and highlighted these findings in the Fifth Assessment Report. On the ground perspectives are integral to enhancing policy coherence, improving understanding about climate systems, and operationalizing climate security concepts.

Even so, the magnitude of climate change threatens to overwhelm traditional risk management, said Pulwarty, and will require a wholesale restructuring of the security and threat architecture. Crucially, information must percolate between and across local, regional, and international scales in order to build capability. Take, for example, SERVIR, a program co-led by NASA and the U.S. Agency for International Development. SERVIR employs Earth observing satellites and geospatial technologies to provide on the ground data regarding climate risks, agriculture, and water in 45 countries. Bridging the gap between local expertise and fast-advancing global technologies in this way is key to buttressing disaster preparedness and forecasting, said Caldwell.

In the same vein, Epner said international partnerships are necessary to meet climate security goals. In the recent United Nations Security Council meeting, state representatives called for more attention to be directed to climate security challenges within the Security Council’s deliberations and resolutions. During the meeting’s discussion on climate financing, President Biden announced an annual $11.4 billion climate aid package to developing nations beginning 2024. “There are moral reasons to be delivering much more climate finance but there are also security reasons,” said Epner. “We know that the most vulnerable countries to climate change in the world are also the most fragile states in the world.”

Climate change is the most urgent existential crisis we collectively face and an ‘all hands on deck approach’ is imperative. Cultivating “habits of cooperation” across the U.S. government and between the U.S. and international partners is no easy task given conflicting interests and issues at hand, said DeCesaro. Nevertheless, with climate leaders at the helm of U.S. national security and foreign policy, there are clear signs of progress in this direction. As Caldwell said, “It is an exciting time, and it is a challenging time.” 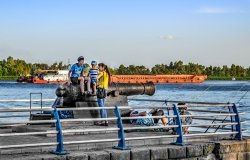 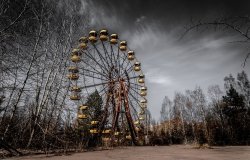 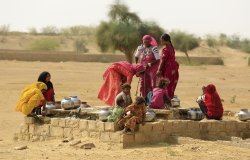 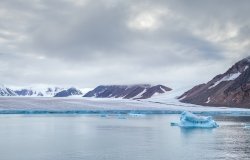