Andean Cocaine: The Making of a Global Drug

Paul Gootenberg's new book, Andean Cocaine: The Making of a Global Drug, provided an opportunity to link contemporary issues and drug policies in the Unites States, Latin America, and the world with the historical record of cocaine in the Andes.

Andean Cocaine: The Making of a Global Drug

As a result of the recent surge in drug related violence in Mexico, drug policies in the United States and throughout the hemisphere have come under renewed scrutiny and debate. On a March trip to Mexico, U.S. Secretary of State Hillary Clinton acknowledged that the United States' "insatiable demand for illegal drugs fuels the drug trade." Paul Gootenberg's new book, Andean Cocaine: The Making of a Global Drug, provided an opportunity to link contemporary issues and drug policies in the Unites States, Latin America, and the world with the historical record of cocaine in the Andes. 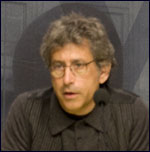 Paul Gootenberg, Professor of History and Director of Latin American and Caribbean Studies at Stony Brook University, State University of New York, began his historical account in the nineteenth century and covered the emergence of cocaine production and consumption throughout the world. He carefully demonstrated the existence of a close long-term relationship between the United States and Andean cocaine as the drug went through multiple transformations as a global good. The first period he identified is 1850 to 1900, when there was an attempt to position cocaine as a modern, legitimate medicinal commodity. Then, from 1910 to 1950, cocaine was transformed into a delegitimized commodity (mostly as a result of the efforts of western anti-narcotic movements), despite Peruvian and Bolivian opposition. The period from 1945 to 1970 saw further transformation as cocaine became the novel, illicit underground commodity we know today, linking peasants in the Andean region to cocaine lovers in the North in South America's most profitable export chain.

Both in his presentation and more fully in his book, Gootenberg sought to de-center cocaine's traditional narrative as simply an illicit commodity. His book introduces some important actors that help to explain the process through which cocaine became an illegal drug and shows that for more than a century, the United States has been the dominant force in intensifying a deeper as well as dysfunctional relationship with Andean cocaine. Gootenberg argued that the cocaine boom of the 1980s was a classic example of the law of unintended consequences—an uncontainable blowback effect of the incipient U.S. "war on drugs." 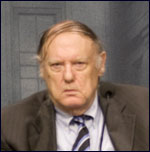 "The war against Andean cocaine has been a dismal policy failure," according to Rensselaer W. Lee III, President of Global Advisory Services, Inc. U.N. and U.S. figures show that more coca was being cultivated in 2007 than five years earlier, in spite of massive eradication efforts. Official Colombian figures estimate that the total hectares of eradication exceed U.S. and U.N. estimates of cultivatable land, demonstrating the vast discrepancies among various actors tracking the drug trade. Despite significant efforts to undermine its capacity, the illicit Andean cocaine industry has been able to thrive, mostly due to the industry's ability to adapt to enforcement pressures. Some adaptations include planting in less visible places, denser planting, cultivating strains with a higher alkaloid content that resist the effects of herbicides used in the eradication effort, and increased technological sophistication in avoiding interdiction efforts.

The justification for drug eradication efforts has increasingly shifted from counter-narcotics to objectives such as institutional reform, counter-insurgency and counter-organized crime. According to Lee, "drug corruption still persists in Colombia, but we no longer see what we saw in 1980s-90s –traffickers bank-rolling presidential campaigns, assassinating cabinet members and presidential candidates" and so forth. In another favorable trend, the percentage of the cocaine industry's share of Colombia's GDP has gone down; as licit industries take over, illicit industries' influence on national politics declines.

Plan Colombia and successor plans have rolled back of the political threat from Colombia's insurgent groups, contributing to the establishment of a government presence throughout the national territory. The extension of sovereign control has coincided with the dismantling of entire guerrilla units, the desertion of thousands of guerrillas, and the demobilization of some 31,000 members of the United Self-Defense Forces of Colombia (AUC). However, efforts in one country are not efficient. Lee emphasized that new drug trafficking corridors include Central America and Mexico, and the percentage of GDP that drugs represent in these countries has likely increased in the past years. 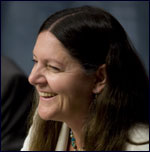 Coletta Youngers, Senior Fellow at the Washington Office on Latin America, discussed three broad areas of change in the international context for understanding drugs in the Andes. First, she addressed the failure of drug control strategies over four decades, indicating U.S. persistence in "pursuing a failed policy." Over one million hectares of coca have been fumigated in the Andes, she said, with no significant decrease in the amount of cocaine coming out of the Andes. The collateral damage is widespread and often devastating, she said, pushing farmers deeper into poverty, increasing human rights violations, and undermining tenuous government legitimacy in remote rural areas. The cultivation of illicit crops has been dispersed, she said, and poor farmers lack viable alternatives to coca production.

Second, the United Nation's ten year review of international drug control policies brought an end to the international consensus on how to address counter-drug policies.

"What was supposed to be a reaffirming of the global commitment to combating illicit drugs ended up revealing the deep divisions" over international drug policy," Youngers affirmed.

Third, within Latin America there is no consensus over how to implement drug control policies, although some countries are developing alternative strategies to mitigate the harm caused by drugs and counter-drug policies. De-criminalizing consumption and treating it as a public health issue is becoming more widespread in the region. Additionally, Bolivia has taken steps to reverse the criminalization of coca consumption and to remove coca from the list of illegal narcotics identified in international conventions. Youngers also pointed to Ecuadorian legal reforms to make sentences for low-level offenders involved in drug-related crimes more proportional.

Youngers concluded that the Obama administration's acknowledgement that demand drives supply and that the United States is still the largest consumer of illicit drugs are steps in the right direction. However, she said, the United States should implement a long-term solution centered on a development- and market-oriented approach to alternative crop production.

Publication
Economics and Globalization
China’s Advance in the Caribbean