Skip to main content
Support
Show
Live Now
The Black Republic: African Americans and the Fate of Haiti
Explore More
Close
Audio
Economics and Globalization
Views from the North: Canada's Role in the Americas during the Age of COVID-19
Share on FacebookShare on TwitterShare via Email
Share
Event

Illegal wildlife trafficking is the third largest criminal industry worldwide, involving $20 billion in global trade each year. Experts discuss the nature of the industry and the challenges governments and NGOs face in fighting it.

Illegal wildlife trafficking is the third largest criminal industry worldwide—after drugs and the sex trade—involving $20 billion in global trade each year. Illegal wildlife traffickers are difficult to track down as they are employing increasingly sophisticated methods, showing higher levels of organization and technological savvy. Simultaneously, the resources devoted to halting wildlife trafficking are extremely limited, due in part to other issues—such as terrorism and climate change—dominating the international dialogue. Animal trafficking has become a forgotten crisis and the cost of inaction has been high on species' survival and ecological health. At this May 20, 2009 China Environment Forum and Brazil Institute cosponsored meeting, experts discussed the nature of the wildlife trafficking industry and the challenges government investigators and nongovernmental organizations (NGOs) face in fighting it.

The extent of wildlife trafficking is difficult to assess, in part due to the already large legal trade in wildlife that often acts as cover for smugglers. For example, Laurel Neme, author of Animal Investigators, pointed out that every year 25,000 primates, 2 to 3 million birds, 10 million reptile skins and over 500 million tropical fish are legally traded, and it is believed that illegal trade at least matches, and probably exceeds, these numbers. In the Amazon Rainforest alone, 38 million animals are stolen each year, generating $1-2 billion for traffickers. Rare and endangered species in particular are in danger of being trafficked, since rare animals generally fetch a higher price on the black market. Rhino horn, for one, is ounce for ounce worth more than diamonds, selling at $50,000 per kilogram.

The scope and complexity of trafficking is the main problem. The trafficking of wildlife knows no borders and involves countries in every region of the globe. Traffickers are also diverse, ranging from petty criminals, to criminal organizations, to terrorists. While wildlife trafficking is a global problem, the two largest participants are China and the United States, which lead the world demand of trafficked animals and animal parts.

In her book, Laurel Neme follows efforts of the U.S. Fish and Wildlife Service (FWS) to stop traffickers through the creation of the world's first and only animal forensics lab. One of the major roles of this forensics lab is to determine whether possible contraband in any form, be it feathers, ointment, jewelry, or pill, is from an illegal source. Processed animal parts can be extremely difficult to identify, but even unprocessed parts such as teeth and feathers can be difficult to match to an animal, given the variations that can occur between and even within a species. In its nearly 20 years of operation the lab has created scientific methods to solve many problems of identifying animal parts in medicines, food, clothes, or artwork. One landmark case that Neme examined in her book was work of FWS scientists on studying black bear gallbladders, which are poached for use in Asian traditional medicine and can be processed into unrecognizable forms for consumption such as in chocolate or whiskey. The scientists discovered a distinctive combination of three unique acids in black bear gallbladders that could be used to identify them in both pure and processed form.

The forensics lab has given law enforcement officials the ability to link traffickers to their crimes through science. Over 90 percent of the traffickers that are tried with the lab's evidence plead out. These successes must be viewed in the sobering reality that U.S. enforcement officials only uncover 10 percent of wildlife trafficking activity. Moreover, due to low penalties and relatively short prison sentences (especially when compared to drug traffickers) the risks of such crimes remain low.

Kevin Garlick of the U.S. Fish and Wildlife Service outlined many of the challenges facing U.S. law enforcement officials investigating the supply side of trafficking. For one, profits in the industry are high; a sea turtle skin that sells for $70 in Mexico can be made into boots that sell for $500 in the United States. The profitability of wildlife trafficking has made it a growth industry. Organized crime has become increasingly involved, resulting in detailed planning and financial support of trafficking operations, sophisticated forgery of permits, and huge international management of shipments. Furthermore, the Internet has provided suppliers and customers with an easy medium of communication.

In contrast, enforcement officials lack human and financial resources. Inspectors at the border constitute the front line of trafficking law enforcement, and the FWS has 115 Wildlife Inspectors that staff only thirty-eight of the nearly 300 points of entry into the United States. Thus, FWS wildlife trafficking coverage at the border is incomplete. There are a total of 199 Criminal Investigators who actively pursue leads from confiscations and tips. Comparatively, the FBI has 2,000 and the Drug Enforcement Agency has 5,000 investigators.

In order to overcome resource limitations, the FWS has set priorities, focusing on the most endangered species and those which are protected under the Endangered Species Act and the Convention on International Trade in Endangered Species. FWS is also engaging in risk assessment to improve results. New technologies such as portable X-ray machines and automated declarations and payments are also making investigators more efficient.

A significant area of capacity building for FWS is its growing partnerships with both domestic and international organizations. FWS wildlife inspectors often provide training to Customs and Border Patrol at both their basic training as well as additional ongoing training at ports of entry. Many recent investigative successes have been cooperative casts that FWS agents have pursued with counterparts from NOAA-Fisheries and Immigration and Customs Enforcement. FWS is also working with foreign countries to improve their investigative and enforcement infrastructure, engaging over sixty countries including the Philippines, Mongolia, Thailand, and Brazil, in fifty-five training programs.

China's booming economic influence has been felt around the world in all sectors as both a major supplier of products and consumer of goods, including wildlife products. Crawford Allan of the WWF pointed out that increasing affluence in China is leading to an increasing demand for traditional medicines which often include parts of rare animals, rare meats as delicacies, and luxury products such as tiger bone wine. Rising demand in China has fueled a number of wildlife crises, particularly of tigers, elephants, and freshwater turtles.

China's Southeast Asian neighbors have been strongly affected by this trend. One recent crisis centered in Southeast Asia involves the pangolin, which is now highly endangered. This nocturnal, scaled anteater is sought after for its meat, as well as its skin (for fashionable leather) and scales (an ingredient in traditional Chinese medicine). The price of pangolin meat has risen rapidly since the early 1990s, from 80 Yuan per kilogram to 1,500. Today, the pangolin is so profitable that organized traffickers have set up processing plants to butcher and package the meat, which is shipped out via airplane and is very difficult to identify. The 100 tons of pangolin seized last year in Asia is only "the tip of the iceberg," according to Allen.

Another trend that has emerged is wildlife farming in Asia, particularly in China of tigers and black bears. Although the sale of farmed tiger products is technically illegal in China, such supplies are seen by environmentalists as fueling the demand, putting more pressure on wild tigers.

The speakers agreed that animal trafficking is an issue that has fallen by the wayside and needs to be brought back into public focus. Despite the seriousness of the situation, they feel there is hope in the increasing international cooperation that is taking place and in scientific improvements in investigative techniques.

Drafted by Alan Campana and edited by Jennifer Turner. 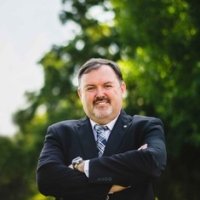