The Arctic and World Order

In this new book, scholars and practitioners – from Anchorage to Moscow, from Nuuk to Hong Kong – explore the huge political, legal, social, economic, geostrategic and environmental challenges confronting the Arctic regime, and what this means for the future of world order.

The Arctic, long described as the world’s last frontier, is quickly becoming our first frontier – the place where the contours of our rapidly evolving world may first be glimpsed. The Arctic has become the front line in a world of more diffuse power, sharper geopolitical competition, and deepening interdependencies between people and nature. A space of often bitter cold, the Arctic is the fastest-warming place on earth. It is humanity’s canary in the coal mine – an early warning sign of the world’s climate crisis.

In this new book, scholars and practitioners – from Anchorage to Moscow, from Nuuk to Hong Kong – explore the huge political, legal, social, economic, geostrategic and environmental challenges confronting the Arctic regime, and what this means for the future of world order.

“This [Arctic] regime has pioneered many different innovative ways of peoples working together, countries and peoples. It offers lots of lessons, lots of interesting insights into how governance can work, not only in the Arctic but in many other parts of the world.”

“What is interesting to me about the Arctic regime, not just the Arctic Council but all the other innovative things, is that indigenous peoples are full participants in many of these, they drive the agenda, they are part of that regime. For non-state actors like that to be involved at an equal eye-level is really I think an interesting lesson for lots of other regional regimes elsewhere in the world that struggle with that kind of question.”

“Strategically, at the forefront of the Cold War face-off between America and the Soviet Union more recently, for several decades now the Arctic enjoyed exceptionally good and peaceful international cooperation and it emerged as an exemplary area of increasingly effective assertion also of indigenous rights.”

“In the Arctic we can see how the nexus and interplay of people, power and environment will unfold in the future.”

“It is both an exciting and challenging time to chair the Arctic Council. Iceland’s chairmanship program together towards a sustainable Arctic, seeks to balance the three pillars of sustainability: society, environment and economy.”

“We need stronger global action to reduce emissions and in the Arctic we need strong adaptation efforts to deal with the drastic impacts climate change is already causing in our part of the world.”

“Even though the Arctic Council explicitly excludes military security in its mandate, it is important to us all that the Arctic remains a region of peace, stability and constructive international cooperation. The fact that the Arctic is currently a low tension area is due to a conscious effort by the governments of the eight Arctic states. So far, we have not let tension or stress elsewhere affect the good relationship and cooperation that exists amongst the Arctic states. If that changes there is much more to lose than to gain.”

“What used to be a bit of a discussion between Canadian and American colleagues and government officials is starting to take on a bit more importance.”

“Whatever discussion happens about the Northwest Passage has to include indigenous rights holders and the [Canadian] federal government has come to that realization.”

“The rules and regulations of the northern sea route are evolving to make it more of a domestic and internal waterway, than really an international waterway open for global business. In the near term we see much more control of this space by the Russian Federation and using this space as their own Arctic national waterway again for destination voyages for moving cargo to global markets.”

“We need more communication between the ships and the communities. We need more information on indigenous hunting and fishing areas and all of that information needs to be compiled and passed to the mariners.”

“Beijing is not in a very good position to be revisionist. It is not really in a position to take a disruptive or unilateral approach to the region.”

“I would say that China’s priority right now, in addition to gathering necessary information about what this particular part of the world is going to mean for China’s interests across the board, is to be accepted as an Arctic stakeholder.”

"The overarching problem and threat from climate change makes long-term investments in hydrocarbon projects anywhere, but not least in the Arctic, very uncertain.”

“There are things happening in the Arctic, certainly in the transportation fleet, very fast developments of onshore hydrocarbons in the Arctic.” 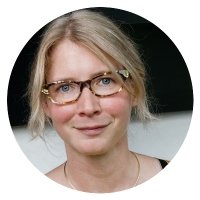 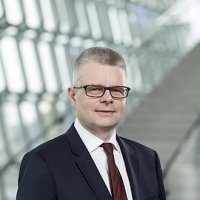 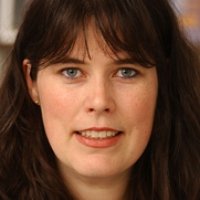