Assessing the Rebalance: The Evolution of U.S. Interests in Asia

President Barack Obama’s pivot to Asia has been developed into a broader, more coherent strategy since announced in November 2011, and rebadged as the “rebalance” to reflect continuities in U.S. interest. Join Hamish McDonald as he discusses the implications of this rebalance.

President Barack Obama’s pivot to Asia has been developed into a broader, more coherent strategy since announced in November 2011, and rebadged as the “rebalance” to reflect continuities in U.S. interest. On the security front, the capability gap between the U.S. and Chinese militaries in the region is likely to widen rather than narrow, despite popular perceptions, according to Hamish McDonald, a public policy scholar at the Woodrow Wilson Center.  He argues the status quo in the South China Sea is near its end as the risk of local conflict rises. At the same time, McDonald warns that Washington’s focus on the Indo-Pacific area has been blurred by the distractions of U.S. domestic politics and issues in the Middle East and now Ukraine. McDonald will also discuss how the 12-nation Trans-Pacific Partnership trade arrangement, which could mark an historic step in U.S. economic integration with Asia, is being held back by the Democrats’ domestic narrative of “rebuilding America.” We hope you will join this discussion on the shifting landscape of alliances and rivalries in the Asia-Pacific region militarily, diplomatically, and economically.

Read the text of Mr. McDonald's remarks below. 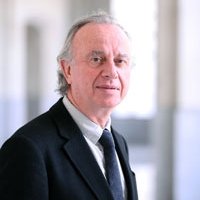