An Assessment of President Rouhani’s Visit to the U.S.

During his U.S. trip to attend the UN General Assembly meeting last year when hopes were high for some kind of Iran-U.S. reconciliation, Iran’s newly-elected president, Hassan Rouhani, even had a friendly telephone conversation with President Obama. Please join us for an assessment of Mr. Rouhani’s 2014 trip to UNGA.

Two experts on Iran discussed President Rouhani’s trip to the United States for the United Nations General Assembly meeting and the likelihood and consequences of a potential nuclear deal.

Farhi began by explaining how her recent visit to Iran revealed that most Iranians were optimistic about reaching a nuclear deal between Iran and the P5+1. She believes that a deal will be reached because there has been a systemic decision to achieve a deal. Farhi discussed how there is unity among leaders, who are fighting hard for a deal. She highlighted Rouhani’s statement that the negotiations will be either a win-win or lose-lose situation for the United States and Iran, in which he declared that he would not have come to the United States unless he strongly believed in an agreement. While hoping for a change in U.S. strategy, Iran believes the rise of ISIS has given them another mutual interest with the United States. Farhi underlined the belief that Rouhani expressed in his speech at the UN that a nuclear deal would open the door for greater U.S.-Iran cooperation. She continued by stressing that a nuclear deal would not mean that the intense and complicated environment of Iranian politics would change. Still, she does not worry that Rouhani will become another version of former President Mohammad Khatami, explaining that Rouhani does not face the same demands as Khatami did. In conclusion, Farhi said that Rouhani is not without a strategy and that even if a nuclear deal is not reached, Iranian foreign policy will not change.

Khajehpour continued the assessment by laying out the three main areas where Iran can progress in the near future: the economy, nuclear negotiations, and international relations. He explained how Iran must reach a deal if the country wants the momentum of optimism to continue. Apart from Iranian ambitions for a deal, Khajehpour discussed how Rouhani’s trip to New York showed that Iran’s international reputation has changed, especially in comparison to Iran’s reputation under former President Mahmoud Ahmadinejad. He explained that Rouhani was critical of the West during his speech because he had to portray Iran as a strong country to avoid condemnation from his domestic opponents. Regarding recent developments of Iran’s relationship with Russia, Khajehpour said Iran is preparing for another option if the nuclear talks fall apart, demonstrating that the country is not depending solely on the West. He believes that Iran will not return to a pre-Rouhani environment if a deal is not reached, citing how inflation and unemployment have declined significantly and GDP growth has increased. This economic improvement, he said, shows the impact of recent reformist policies. Khajehpour closed by stating that if a deal is reached, it will unleash a major boom in the Iranian economy; if there is no deal, the economy will not collapse and there will still be plenty of opportunities for improvement.

In the question portion of the event, Khajehpour discussed how Supreme Leader Khamenei has to balance different interest groups and that Rouhani has had to pick his fights, deciding to pursue a nuclear deal in hopes that it will enable him to later focus on domestic issues. Farhi explained how Khamenei cannot let a deal make his office look weak and that even though there have been human rights concerns in Iran, for the first time they are being debated significantly in public. 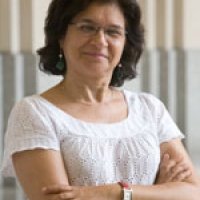