Book Launch: “The Corruption Cure: How Citizens and Leaders Can Combat Graft”

Join the Wilson Center on Wednesday, May 3, from 2:00-3:00pm in the 6th floor board room for the launch of the The Corruption Cure: How Citizens and Leaders Can Combat Graft. Author and former Wilson Center Fellow Dr. Robert Rotberg will be joined by Judge Claudia Escobar of the National Endowment for Democracy to discuss his book and its policy implications.

On May 3, 2017, the Wilson Center hosted Dr. Robert I. Rotberg, Former Director of the Program on Intrastate Conflict and Conflict Resolution at the Harvard Kennedy School and former Wilson Center Fellow, through the Books@Wilson series for a discussion of his recently released book, The Corruption Cure: How Citizens and Leaders Can Combat Graft. He was joined by The Honorable Judge Claudia Escobar, former Magistrate of the Court of Appeals of Guatemala, who served as a discussant, and Dr. Robert Litwak, Vice President for Scholars at the Wilson Center, who introduced and moderated the discussion.

Dr. Rotberg discussed the importance of strong leadership in fighting corruption and creating an “ethical universalism,” in which responsible, strong leaders help shift the collective consciousness against corruption. Dr. Rotberg contended that, although there are numerous laws and methods used to combat corruption, enforcement is a problem, and anti-corruption efforts require changing the culture of tolerance for corruption. He offered the experience of Singapore, Hong Kong, and Botswana as examples of strong political leadership against corruption, and identified China as an unfolding potential case.

Dr. Escobar discussed the critical need for anti-corruption efforts, characterizing corruption as a human rights violation. The effects of rampant corruption, she said, can destroy development, leave millions of children out of school, and in some countries, including in Central America, lead to migration as citizens flee corrupt and violent countries. She spoke of her own experience as a magistrate in Guatemala, and the importance of a justice system that is independent and above influence. Dr. Rotberg’s book, Dr. Escobar said, is “one of hope”, and recognizes that the fight against corruption is asymmetrical and requires political leadership. In the Q&A, Dr. Rotberg discussed several recent examples of leaders who have led actionable campaigns against corruption, particularly Judge Sérgio Moro in Brazil. Additionally, media and communications technology are effective tools, Dr. Rotberg said, in the fight to curb corruption. Dr. Escobar also highlighted Dr. Rotberg’s proposal for the establishment of an International Anti-Corruption Court, since national “justice systems can’t work if the courts are susceptible to influence.” 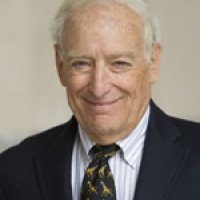 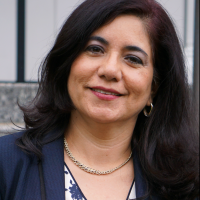 Former Magistrate of the Court of Appeals of Guatemala