Lee Farrow’s new book The Catacazy Affair and the Uneasy Path of Russian-American Relations details the life of Constantin Catacazy, Russian Ambassador to the United States from 1869-1871. Described by some as “odious and disagreeable,” within months of his arrival he was offending and insulting members of the American administration and producing gossipy political articles in the American press.  By 1871, President Grant and his Cabinet requested that the Russian government recall Catacazy. But the timing of this request overlapped with the visit of the tsar’s son, Grand Duke Alexis, to the USA. Catacazy was allowed to travel with Alexis, but only as a persona non grata. This tense resolution led many to worry about the future of the Russian-American friendship. Though he eventually left the United States in early 1872, Catacazy spent the rest of his life pleading his innocence and for a return to diplomatic service. This book talk will explain the affair as one of the first significant complications between the United States and Russia. 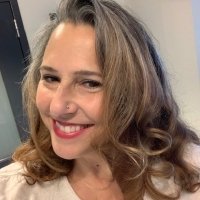