Book Talk: "From Pugwash to Putin: A Critical History of US-Soviet Scientific Cooperation"

Gerson Sher will offer an in-depth assessment of the history of scientific exchange between Russia and the United States based on over sixty interviews with scientists, diplomats, and others from both sides spanning the entire period.

Book Talk: "From Pugwash to Putin: A Critical History of US-Soviet Scientific Cooperation"

Sixty years ago, the first organized bilateral scientific exchange programs between the United States and the Soviet Union began. These exchanges became symbolic of the overall changing bilateral relationship. Since the fall of the Soviet Union, scientific cooperation between the US and successor states has drastically changed and these programs have all but vanished. In his book From Pugwash to Putin: A Critical History of US-Soviet Scientific Cooperation, Gerson Sher, who led major programs in the basic sciences in both government and nonprofit organizations, offers an in-depth assessment of this history and lessons learned based on over sixty interviews with scientists, diplomats, and others from both sides spanning the entire period.

“My personal entry into this narrative [of scientific cooperation] came in 1973 while working in the inter-academy exchange programs. For a Russian studies junkie like me, with a scholarly interest in writing on the subject […], it was a front row seat to a real time play in which the dramatis personae were some of the very people who had been of keen interest to me academically.  From the National Academy of Science, I moved onto the National Science Foundation, where I was responsible for helping to manage cooperative research with the USSR and the other states of Eastern Europe.”

“Since 2014, the year of the Russian annexation of Crimea and invasion of Ukraine the level of formal government sponsored scientific cooperation between Russia and the United States has all but descended to zero, although some individual scientists do continue to stay in touch and move back and forth.”

"The fact is that neither science nor international policy take place in a vacuum; each sphere has its own culture, its own values, its own institutions […] today, with the urgent global challenges facing us, it is clear that these two spheres need each other more than ever […] whether they like it or not.” 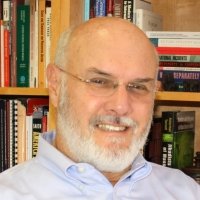