The Wilson Center and The Pew Charitable Trusts, with support from the Prince Albert II of Monaco Foundation, held a high-level discussion with those leading the research and informing the policy process to encourage progress on MPAs around Antarctica and on the high seas.

“We are stripping the life away from the blue planet,” said oceanographer, explorer, and author, Sylvia A. Earle. She keynoted a recent event on marine protected areas in Antarctica and the high seas co-hosted by the Wilson Center and The Pew Charitable Trusts with support from the Prince Albert II of Monaco Foundation. “Do we want a planet like Mars?” she said. “Most people would say, ‘I don’t think so. I like to breathe. I like water that falls magically out of the sky. I like having a living planet.’”

But until about 3 billion years ago, Earle said, our planet did not have much oxygen in its atmosphere, because photosynthesis had not yet started to capture carbon dioxide and release oxygen into the atmosphere. There was water and life on Earth, but it wasn’t yet suitable for us. “The way we’re going now, we’re trending back toward that time,” Earle said, “by eliminating life, by changing the chemistry, changing the temperature of Earth by our own doing.”

Only about 3 percent of the seas are proactively being protected, said Earle. We aspire to 10 percent by 2020 and 30 percent by 2030, she said. “Should we not be looking at all of it with respect and care, doing everything in our power to embrace as much of it as we possibly can with full protection?” she said.

Because not enough was being done to protect the ocean, the Convention for the Conservation of Antarctic Marine Living Resources (CCAMLR) was established in 1982, said Andrea Kavanagh, Director of Antarctic and Southern Ocean Conservation at The Pew Charitable Trusts. The convention’s main mission is to conserve Antarctic marine life. In 2002, member countries recognized the importance of marine protected areas in rebuilding oceans, she said. “They decided then they would commit to creating a representative network of marine protected areas all around the Southern Ocean,” she said.

Not protecting the Antarctic could mean cutting off the nutrient supply line that three-quarters of the world’s marine life relies on for nutrients, said Kavanagh. “The matter of the issue here is quite simply the protection of our planet, and the opportunity to leave a habitable world for future generations,” said His Serene Highness Prince Albert II of Monaco in a video aired during the event.

The East Antarctic Area proposal created by the European Union and Australia in 2010, said Ambassador Katrina Cooper, Deputy Head of Mission at the Australian Embassy in Washington, D.C., aims to protect key ecosystem processes and habitats and provide scientific reference areas for monitoring ecosystem change and impacts of fishing. “What we are hoping to achieve with that marine protected area is to conserve distinctive examples of biodiversity in the Southern Ocean,” she said.

Chile’s and Argentina’s Antarctic Peninsula proposal is set to cover 450,000 km2 of the Antarctic sea around the peninsula and would set out to protect the krill, a key species. “Pretty much every species depends on arctic krill in some way,” said Kavanagh. “Andkrill are a very important carbon sink.” An estimated 23 million tons of carbon locked away every year by krill, she said. “And that’s the equivalent of carbon produced by 35 million cars.”

Talk of slow deliberations left the keynote speaker wanting speedier action. Given that climate scientists say we have 10 years or less to stabilize planetary processes that are currently in real trouble, said Earle, isn’t there some way that we can accelerate and expand beyond what is already hard-won and what is being proposed?

Roughly 20 organizations wield some management authority in the high seas, but none of them have conservation as their core mandate, said Liz Karan, Senior Manager of the Protecting Ocean Life on the High Sea Campaign at the Pew Charitable Trusts. She spoke at a recent Wilson Center event hosted by the Polar Institute and Environmental Change and Security Program. The discussion revolved around aspects of a proposed global treaty on conservation and sustainable use of biodiversity in areas beyond the jurisdiction of any country. “The high seas treaty comes in as an opportunity to put conservation at the focus of the discussion of how we manage the high seas,” said Karan.

In order to meet these conservation goals, United Nations formal negotiations aim to create Marine Protected Areas that regulate human activity to safeguard biodiversity, build resilience to climate change, and maintain ecosystem balance. They are one of the most powerful tools available for protecting areas critical to marine life, said Karan. Marine Protected Areas have been the subject of informal UN discussions since 2002.

“The high seas are home to what scientists believe are among the greatest reservoirs of biodiversity left on Earth,” said Karan. Still, what we’re taking from the ocean is having an impact on the security of the planet, said Sylvia Earle, founder of SEAlliance and former Chief Scientist of the National Oceanic and Atmospheric Administration. Overfishing, international shipping, pollution, and climate change continue to threaten both marine life and habitats. The scale of destruction is enough to totally transform the living conditions of our planet, she said.

A “patchwork quilt” of governance in the oceans complicates stewardship of the high seas, said Ambassador David Balton, Senior Fellow at the Wilson Center and Former Deputy Assistant Secretary for Oceans and Fisheries at the U.S. Department of State. “A new treaty could coordinate existing treaties that govern a wide range of activities,” said Cymie Payne, Associate Professor at Rutgers University. The legal framework is critical to dealing with the ocean space as a whole, rather than as fragmented parts. “Our first starting point is that we need a legal framework,” said Florian Botto, Second Secretary of the Permanent Mission of the Principality of Monaco to the United States.

What emerged as a key issue for each panelist was the role of science in shaping how the seas are managed. “Overall, when it comes to living resources in the world’s ocean, there has been a failure to consistently base governance decisions on the best available science,” said Payne. In order to more effectively use the latest scientific research, negotiators have called for adaptive management principles to be adopted into the treaty. That way, when better information becomes available, Marine Protected Areas can be managed differently.

One of the challenges facing those negotiating the new treaty will be to achieve conservation goals and balance the interests of states, industries, and conservationists. “How can this new global agreement fill the gaps, strengthen the existing regimes, hopefully make them work better as a group together, but also add sort of new layers of protection?” said Ambassador Balton. “We don’t know yet. That’s one of the unanswered questions.”

Continue the conversation on Twitter by following @NewSecurityBeat and @PolarInstitute using the hashtags #MPAs, #highseas, and #Antarctic. 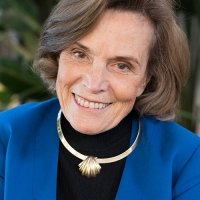 Second Secretary, Permanent Mission of the Principality of Monaco to the United Nations 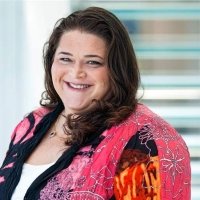