The Trump administration’s trade policy has led to a seismic shift in U.S. economic relations with China. The imposition of tariff barriers in the name of national security in particular have strengthened Washington’s export control regime. For China, it has meant a denial of export privileges against Zhongxing Telecommunications Equipment Corporation (ZTE) and its subsidiary which have subsequently been lifted, while the outlook for Huawei and its affiliates remain uncertain.  As economic relations between Washington and Beijing continue to evolve, they are impacting not only trade but also investment patterns and innovation between the two countries. At the same time, there is growing concerns about whether the two sides will be able to decouple security concerns from economic growth. Join us for a discussion on the challenge of separating economic interests from security concerns, and also how relations between the two economic giants will impact Taiwan in particular. 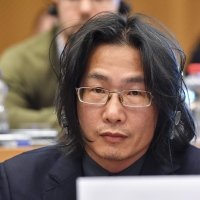