China's soaring economy, fueled by an unyielding appetite for coal, is threatened by the country's steadily diminishing freshwater reserves.

China's soaring economy, fueled by an unyielding appetite for coal, is threatened by the country's steadily diminishing freshwater reserves. Even as China has launched enormous new programs of solar, wind, hydro, and nuclear power development, which tend to use much less water and generate much less carbon, energy demand will skyrocket and will primarily rely on supplies of coal, the source of 70 percent of the nation's energy.

These are the conclusions from a comprehensive reporting project that was presented at the Woodrow Wilson International Center for Scholars on May 6, 2011. The Choke Point: China series, a joint project by the China Environment Forum and Michigan-based Circle of Blue, reveals never-before-reported narrative and facts about the increasingly fierce competition between energy and water that threatens to upend China's progress.

Next to agriculture, China's coal mining, processing, combustion, and coal-to-chemicals industries consume more water than any other industrial, municipal, or commercial sector. Currently, more than 70 percent of the nation's energy is generated from coal. By 2020, at least 500 gigawatts of new generating capacity, according to Chinese estimates, will be produced by coal. This coal boom is forcing China into a choke point; one where limited and polluted water supplies could constrain energy development and stymie economic growth.

Keith Schneider, who directed the reporting, presented a narrative in two parts, a good news story and a bad news story. China is embarking on one of the world's most ambitious water-saving and energy-efficiency programs, featuring progressive water trading pilot schemes, technological advances, rapidly developing renewable energy sector, and growing water treatment and recycling programs. Yet, despite the significant conservation measures, China's needs for energy will continue to grow.

The nation's coal reserves are enormous, but most lie beneath the deserts of China's northern and western provinces—Inner Mongolia, Xinjiang, Shanxi, Shaanxi, and Ningxia—where annual rainfall is measured in mere millimeters. The globally significant question that hasn't been answered is where China will find enough water—perhaps 20 billion cubic meters a year (5.3 trillion gallons) over the next decade—to make developing new coal reserves possible.

Simply put, there may not be enough water to both build the modern cities and manufacturing centers in the northern and western provinces – which have become the primary focus of China's domestic development – and tap the region's enormous coal reserves that energize its urban growth for the next decade, or at least until it moves to a lower carbon economy.

Why So Much Water?

Jeremy Schreifels of the U.S. Environmental Protection Agency explained in detail the exact water demands of coal use. Water is necessary for the entire life cycle of coal: in mining, washing, processing, combustion and gasification. 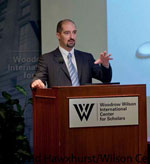 According to Schreifels, the water use of coal-fired power plants boils down to three main factors: availability, quality and future technological development. Currently in the United States, a little under half of all water withdrawals and 15 percent of total water consumption are attributed to thermal electric generation. In other words, significant amounts of water need to be available at all times in order to run the country's thermal power plants. Newer technologies, the so called "closed loop cooling systems," eliminate the need for such large withdrawals, and most power plants in China use this closed loop system.

Yet, water quality, not just supply, remains a big challenge for Chinese coal-fired power plants; boilers have to use ultra-pure water, which takes a lot of additional energy to clean.

In addition, while they are more efficient in producing energy, advanced coal-fired plants still have significant water demands. Because supercritical and ultra-supercritical facilities require a higher fuel quality, the coal that they use has to be additionally washed.

Moreover, sulfur dioxide and nitrogen dioxide pollution controls equipment in advanced power plants require enormous amounts of water. In other words, as Chinese policymakers ramp up air-pollution controls to meet requirements in the newest Five-Year Plan (2011-2015), they also ramp up the water demand of parts of the coal sector.

Where There is Crisis There is Opportunity 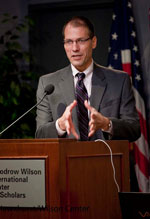 There is no silver bullet to solve China's resource competition, according to Jeff Erikson of SustainAbility. The solutions will require a mixture of policy changes, technological advances, and a shift in consumption patterns. The response to China's water-energy collision presents both a risk and an opportunity for businesses and their supply chains. Markets in China and globally for grain, natural gas, oil, coal, steel, shipping, and investment capital will be substantially influenced by this unfolding competition.

While businesses have long focused on the water and energy footprint of their own operations, Jeff Erikson noted that companies need to start seeing the water-energy choke point as a business risk. In other words, they need to develop strategies not simply to reduce their water and energy footprint to meet government and stakeholder demands, but also to learn to adapt to the growing risks from water availability.

Water scarcity is also prompting companies to develop products that will reduce the water and energy footprint of their customers. By working on solutions to the water-energy confrontation, businesses can gain competitive advantage in what will potentially be turbulent sectors. And the choices both governments and business leaders make to resolve this tightening choke point will be among the clearest indicators of how effectively and quickly we can adapt to a water-, energy- and climate-challenged world.

There is also potential for exponential benefits when dealing with the water-energy nexus, Schreifels concluded. For example, in the United States, California uses 25 percent of its electricity to move and treat water. Water saving efforts thus will reduce energy consumption and create a positive feedback loop.