The nexus between development, peace, and climate stability were discussed by Alexander Carius, Executive Director, Adelphi Research; Dan Smith, Secretary General, International Alert; and Neil Levine, Director of the Office of Conflict Management and Mitigation at U.S. Agency for International Development. In this context, the climate issue was viewed as a risk or conflict "multiplier," with the aforementioned interlinked problems requiring interlinked solutions.

"The climate agenda goes well beyond climate," said Dan Smith, secretary general of International Alert. "In the last 60 years, at least 40 percent of all interstate conflicts have had a link to natural resources" and those that do are also twice as likely to relapse in the five years following a peace agreement, said Neil Levine, director of the Office of Conflict Management and Mitigation at USAID.

Development, peace, and climate stability are "the triple-bottom line," said Smith. "How would you ever think that it would be possible to make progress on one, while ignoring the other two?" Levine and Smith were joined by Alexander Carius, managing director of Adelphi Research, who pointed out that climate change is both a matter of human security and traditional security. For example, as sea-level rise threatens the people of small-island states, "it also affects, in a very traditional sense, the question of security and a state's sovereignty," he said. 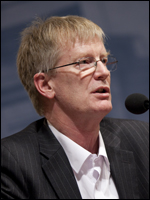 Conflicts are never attributable to a single cause, but instead are caused by "a whole pile-up, a proliferation, a conglomeration of reasons" that often include poverty, weak governance, traumatic memory of war, and climate change, said Smith. "Climate adds to the strains and the stresses that countries are under," and works as a "risk-multiplier, or conflict multiplier," he said.

Focusing development and peace-building efforts on those regions experiencing multiple threats is both a "moral imperative" and a "self-interested imperative," said Smith. "We benefit from a more prosperous and a more stable world."

There are currently one and a half billion people in the world living in countries that face these interlinked problems, said Smith, "and interlinked problems, almost by definition, require interlinked solutions." Responding to the needs of these people requires developing resiliency so that they can respond to the consequences of climate change, which he called "unknown unknowns."

"What we need are institutions and policies and actions which guard us not only against the threats we can see coming… but against the ones we can't see coming," said Smith. The strength and resilience of governments, economies, and communities are key to determining whether climate events become disasters.

"Part of making the triple-bottom line a real thing is to understand that we will have to be working on our own institutions, even the best and most effective of them, to make sure that they see the interlinkages," said Smith. 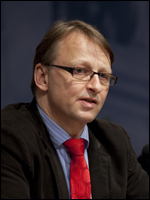 But even though individuals increasingly understand the need to address security, development, and climate change in an integrated fashion, "institutions have only limited capacities for coordination," said Carius. Institutions are constrained by bureaucratic processes, political mandates, or limited human resources, he said. "Years ago, I always argued for a more integrated policy process; today I would argue for an integrated assessment of the issues, but to…translate it back into sectoral approaches."

Europe has a "conducive political environment to making [climate and security] arguments," said Smith, but the dialogue has yet to translate into action. In 2007, the debate on climate and security was first brought to the UN and EU with a series of reports by government agencies and the first-ever debate on the impacts of climate change on security at the UN Security Council, said Carius. However, none of the recommendations from the reports were followed and "much of the political momentum that existed…ended up in a very technical, low-level dialogue," he said.

More recently, the United Kingdom included energy, resources, and climate change as a priority security risk in their National Security Strategy. And Germany, which joined the UN Security Council as a rotating member this year, is expected to reintroduce the topic of climate and security when they assume the Security Council Presidency in July. These steps may help to regain some of the political momentum and "create legitimacy for at least making the argument – the very strong argument – that climate change has an impact on security," said Carius. 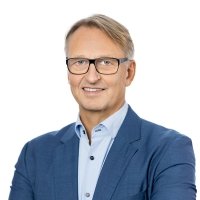