After 15 years in power, Uruguay’s Frente Amplio (Broad Front) progressive coalition is in danger of losing the presidency in the October 27, 2019, general election. The Frente’s poor performance in the June primaries suggests a high political cost of Uruguay’s rising unemployment, worsening crime rates and disappointing educational outcomes despite continued success relative to most of the region. Meanwhile, the surprisingly strong performance by political newcomers such as Ernesto Talvi of the Colorado Party and Manini Ríos of the new Cabildo Abierto (Open Forum) party are shaking Uruguay’s long-established party system.

Economists, academics, and policy experts sat down for for a compelling dialogue on causes, possibilities, and implications for the possible end to the Frente Amplio's current political hegemony. This discussion of Uruguay’s election was co-hosted by the Wilson Center’s Latin American Program and the Latin American Studies Program at the Johns Hopkins School of Advanced International Studies (SAIS).

“From a comparative perspective, Uruguay is a star in the region — it really stands out. It has bucked the trend of economic recession, democratic backsliding, and has welcomed thousands of migrants from Venezuela and other countries in the region, like Cuba, as well. And unlike its imposing neighbors like Argentina and Brazil, Uruguay has avoided recession, extreme political polarization, and the politicization of the judiciary.

“Sixteen years of uninterrupted economic growth and a proactive set of economic redistribution have reduced poverty and inequality in [Uruguay] to historic lows, and the lowest in the region by far. Uruguay is also regarded, by many measures of democratic quality, to be the most democratic and tolerant society in Latin America, and among the most in the world.”

“There’s no question that the country’s brand has been damaged. The election has also seen otherwise once predictable politics transformed into one defined by uncertainty, and with new faces and parties.”

“No matter who will be in government after March 1st, 2020, it is unlikely that any party will have a parliamentary majority, and will likely have to build coalitions with other parties — a situation that the Frente Amplio has never had to do.”

“After the crisis of 2002, the [Broad] Front emerged in the 2005 presidential election. Not only as a center-left coalition, but also as a political actor “broad enough” as to try to capture – symbolically and practically – the Battlista State. I’d like to argue that in this current, very competitive political process, we are discussing the role of the state. What is the role of the state after 100 years of Battlismo and 17 years of the crisis that converted the Battlista public sector into an increasingly paternalistic state?”

“I would argue that the hidden, deep, and fierce dispute between the Front’s candidate, Daniel Martinez, and [Colorado Party candidate] Ernesto Talvi is intimately related to the central issue of the reform of the public sector. What kind of public sector [is needed by] a society that revolves around the state? It is a dispute between the candidate of the coalition that transformed the Battlista welfare state into a paternalistic-clientelistic state, and Ernesto Talvi, the candidate of the party of Jose Battle y Ordoñez, who aspires to transform this clientelistic state into a modern welfare state.”

“It is competitive election because we are discussing the future of the welfare state. And, for the first time in decades, there is an incipient and tacit coalition between the Blancos and the Colorados, that is really able to dispute the idea and the symbol of this project. Why? Because for the first time in years, there is a credible idea that a different welfare state is possible and necessary.”

“It is important to point out that there is the possibility, for the first time in Uruguayan history, of having between seven and nine parties in Parliament. For some analysts, this might be a sign that the traditional parties are no longer able to capture many small sectors of society, and, therefore, their historical catch-all condition is put into doubt.”

“The Uruguayans went through a banking crisis, a currency crisis, and a debt crisis, in sequence. Which is no small thing. It was a major turbulence to their economy. But, to their credit, they were able to actually do one of the most successful…debt restructurings in history. Many restructurings that came after the Uruguayan debt restructuring tried to be modeled after Uruguay’s.”

“In spite of the fact that, yes, the economy could be growing more; yes, there are a lot of things to be fixed in Uruguay; and, yes, there’s a level of discontent and dissatisfaction with the way that the country is doing, the truth is that the country has not suffered a recession, as was mentioned here before. By and large, this political transition that may happen in Uruguay will potentially be one of the most, at least compared to the two large neighbors, will be a very smooth transition in comparative terms.”

"Not just across the region, but across the world, we know that inequality has been a factor in driving political polarization, and driving extremist politicians into power, and driving narratives about nationalism, and all sorts of other things. We don’t see that happening in Uruguay. And, in fact…the really notable thing about these elections in Uruguay is exactly the lack of extremist candidates… [It is] bucking the trend we’ve been seeing happen across the world and I think that’s important to keep in mind.”

“The candidates have made some economic proposals, but none of them are radical, because the electorate doesn’t appear to be ready to welcome major changes.”

“Nine out of ten students from the lowest 20 percent of income distribution do not finish high school. Nine out of ten. The performance of students in standardized tests is abysmally disappointing. Fewer than half of them performed at or above level two in mathematics, when the average in OECD countries is that more than 75 percent do so. And 60 percent performed at or above level two in reading, when the average of other countries is 80 percent.”

"Why is it so difficult to deconstruct the welfare state? And why is it so difficult, for example, to break the monopolies of the state-owned companies and so on? I’ll give you the example of ANCAP. ANCAP was set up a long time ago with a monopoly on the importation of crude oil. It has the country’s only refinery. ANCAP systematically charges consumers of oil. You might say: ‘Well, why not just end that monopoly and buy, whether crude or petroleum derivatives, freely?’ That would be, let’s say, the market solution.’ Yes, but the problem is that the reason ANCAP overcharges its consumers for the oil it imports and it refines; it’s because it’s part of the welfare state… State enterprises become the agents of the welfare state.” 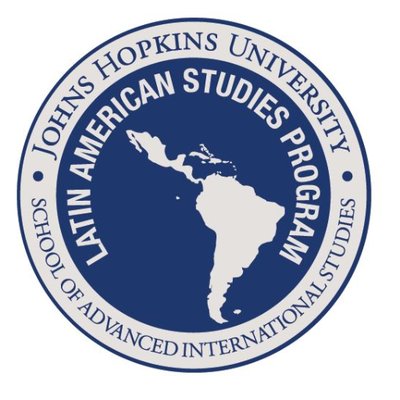