The Kennan Institute hosted a Facebook Live featuring a conversation between Angela Stent and James Goldgeier on the role that multilateral institutions and multi- and bilateral summits have played in the evolution of US-Russia relations.

This conversation was the third in an occasional Kennan Institute series featuring discussions with leading experts and thinkers on Russia and Eurasia.

“The Russian agenda here, is that they look at the United States, and they see the United States as a declining power and one that has certainly absented itself from involvement in a lot of international issues. The COVID pandemic has reinforced the tendency in many countries to turn inward on themselves, not the least is the United States, so it’s a way to discuss arms control, nuclear weapons, but I think something broader than that, which is that we have to move beyond the world order as we’ve seen it and go to oneー that is a word the Russians loveー that is mulitpolar. What Putin sees before him also is the emergence of a new axis, or really a G2 of the United States and China. It’s really going to be the United States versus China, given all the problems between Beijing and Washington.”

James Goldgeier
“Russia has tied itself to China, and that partnership is clearly very important, both to Putin and to Chinese leader Xi Jinping. And if what Trump, President Trump is trying to do by holding such a meeting in September is to add to the sort of anti-China rhetoric that he’s been using in response to the pandemic and possibly will ratchet up as we get close to the election, Vladimir Putin’s not going to want to be in a position where he’s seeming to be joining with the United States in something that could look anti-China.”

“Angela raises this important point about, about Russia wanting spheres of influence recognized, and something that the United States has not been willing to do. And, I mean, even in this administration … that is hard for any, any US administration, a president who wanted to do it because there’s so many countervailing pressures coming from within the United States, from US partners, as well as from, you know just basically sort of the cultural orientation of the United States on these types of issues.” 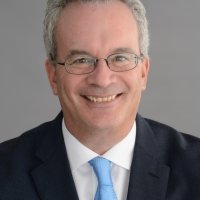