Familiar Strangers in the Soviet Marketplace: Georgian Trade Networks between the Caucasus and Moscow

Georgia, with its subtropical coastal regions, produced many exotic goods consumed by the rest of Soviet society. Ninety-five percent of the tea and 90 percent of the citrus grown in the USSR was produced in Georgia, along with most of the country’s flowers and tobacco. Georgia was also a major wine producing region of the USSR, and Georgian mineral water was highly valued for its reputed medicinal and health benefits. The abundance of exotic produce grown in Georgia provided it with a material base from which Georgian trade networks grew powerful, influential, and wealthy. Scott noted that Khrushchev once commented that such climate and abundance would create “speculators and profiteers” out of anyone who lived there; be it Georgians or Russians.

There was more behind Georgia’s informal trade success than its subtropical climate. Scott contended that Soviet Georgia’s political climate permitted these informal networks to operate relatively openly. By the time of the Brezhnev period, informal trade was brazenly practiced. Displays of wealth ranged from large parties to expensive houses constructed along the Black Sea, and the average Georgian’s savings account was twice as large as the average Soviet savings account. Wealthy Georgian businessmen not only colluded and cut deals with local government officials, but also gave back to the community through philanthropy, gaining them popular support. Georgian blat (influence) was legendary in the Soviet Union and the subject of many jokes.

Georgian culture fostered an exclusive, ethnic community that was small and close enough that contracts could be enforced without the need of the state. This exclusive community was also comfortable operating in a foreign (Russian) environment and was willing to work with non-Georgians. The distinctiveness and familiarity of Georgian culture in the Soviet context fostered a unique “brand identity” for Georgian products among Soviet Russians, according to Scott. This brand combined both the familiarity of a former imperial province and Soviet Republic and the strangeness of a subtropical, fertile region to create demand for Georgian exotic goods.

The Soviet state encouraged the Georgian “brand” through advertisement campaigns and subsidies of Georgian goods in order to demonstrate the self-sufficiency of the Soviet economy and the variety of its cultures. Georgian wine bottles had both Russian and Georgian text, and Georgian tea boxes featured images of the sunny, exotic Black Sea. Advertisements, movies, and exhibits portrayed Georgia as an “always sunny” paradise. While the Soviet state sponsored Georgian products, the creation and promotion of the Georgian brand was largely the work of Georgian artists, writers, and informal businessmen who wanted to differentiate Georgian products and increase their desirability.

Scott charted the development of Georgian trade networks’ interactions with the Soviet state. During the 1960s, the Soviet state subsidized Georgian flower production to avoid purchasing flowers from abroad. Georgia’s informal businessmen and collective farmers were soon paying others to produce flowers while they transported flowers by commercial plane from Tbilisi to Moscow, where the flowers could be sold for three to four times the state price. These flights deprived official state flower producers of shipments, raising the concern of the Soviet state. Yet, by the mid-1960s, 25 percent of the working age Georgian population was working outside the official economy which made the task of combating such networks far too difficult for Soviet officials.

In addition to agriculture, Scott discussed the rise of underground workshops producing consumer goods in the 1970s. Such workshops diverted resources from state industries to make popular products that were distributed and sold through Georgian trade networks. Item like nylon bags, useful for urban shoppers, were in high demand in Russian cities. By producing them in private workshops using state resources Georgian businessmen made large profits. Although Eduard Shevardnadze came into power in the 1970s promising to combat corruption and profiteering, he was unable to reign in the Georgian trade networks. As the networks became larger and more profitable, the Soviet state became weaker in its ability to combat them.

As the Soviet Union waned, Georgians expanded into organized crime as major players in the vory v zakone, or thieves in law. However, after the collapse of the USSR, the traditional Georgian trade networks fell apart in the changing environment. New international borders limited Georgian mobility within Eurasia and globalization and international trade slashed the demand for Soviet-era Georgian products like tea and the consumer goods from its workshops.

What has been especially damaging to Georgian diaspora networks is how perceptions have changed in both societies. Where once Georgia embodied the exotic image of the Caucasus in the Soviet imagination, Scott explained, separatist and ethnic conflicts in the region have hardened Russian perceptions against both Georgia and the Caucasus and have increased suspicion toward the Georgian diaspora in Russia. Diplomatic tensions between Russia and Georgia have also led to an increased distrust of the remaining Georgian diaspora by the Georgian government, which sometimes questions the loyalty of Georgians with ties to Russia. In conclusion, Scott noted that the Georgian diaspora, which once profited from a flourishing informal network of trade and formed a bridge between Russian and Georgian society during the Soviet era, now finds itself distrusted in its homeland as well as in its host society. 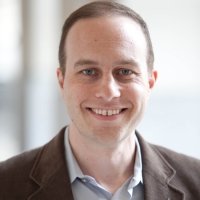