Feeding a Thirsty World: Harnessing the Connections Between Food and Water Security

As the global population continues to rise, and climate change disrupts food and water availability, we need innovation and forward-looking approaches to securing food and water for vulnerable populations. A discussion to explore what these approaches look like across the public and private sectors.

“Food production is the largest consumer of water and also represents the largest unknown factor of future water use as the world’s population continues to balloon, and we face increasing weather-related shocks and stresses,” said Laura Schulz, Acting Deputy Assistant Administrator in USAID’s Bureau for Economic Growth, Education and Environment. She spoke at “Feeding a Thirsty World: Harnessing the Connections Between Food and Water Security,” an event sponsored by the Wilson Center, Winrock International, the Sustainable Water Partnership, and USAID. Currently about 70 percent of global water goes to agriculture, a number that is projected to rise “as high as 92 percent,” said Rodney Ferguson, the President and CEO of Winrock International.

While the connections between water and food availability may seem obvious, the relationship between the two is fairly complex. One of the biggest problems is that “the availability of water and the need for food production do not always overlap with one another,” said Michael Tiboris, Global Water Fellow at the Chicago Council on Global Affairs. This disconnection makes it hard to feed the hundreds of millions of people who starve every day.

75 percent of global agriculture is rainfed and as rainfall becomes less predictable, food insecurity is expected to rise. Low to middle income countries, where small-holder farmers make up the majority of the agricultural sector, are particularly vulnerable, said Tiboris. These farmers are at highest risk of extreme food insecurity, he said, as they do not possess the extensive legal and financial tools they would need to adapt to unpredictable rainfall.

However, the way the international community approaches water security and food security remains segmented. The Sustainable Development Goal targets for water do not mention food security much, Tiboris said, and “the WASH [Water and Sanitation for Hygiene], drinking water, and agriculture development communities have been somewhat siloed from one another” both financially and administratively. The separation of these agendas hinders the development of sustainable and longstanding change in both water and food security.

Water insecurity can have far-reaching consequences. Nutrition intake is also directly affected by water security. Tiboris pointed out that globally we probably could produce enough calories right now, but calories don’t necessarily translate into nutrition. Water availability and local capacity are needed to produce a diet that includes the vitamins and minerals associated with proper nutrition. What’s more, the lack of safe drinking water can lead to more prevalent water-borne diseases and illnesses, which diminish a person’s ability to absorb nutrients and lead to stunting in young children, said Tiboris.

“Stunting is not just a matter of short stature,” said Claire Chase, Senior Economist in the Water Global Practice of the World Bank. It raises the risk of physical and cognitive deficits later in life that can erode a country’s human capital by reducing people’s ability to create economic value in the global economy. Many of the regions affected by future water scarcity and high population growth overlap with areas that score low on the World Bank’s human capital index. “The implication is that if we fail to invest in approaches that unlock food security and nutrition gains today,” said Claire, “these future generations may fall short of their potential.”

Another far-reaching consequence of water insecurity is political instability and unrest. “Water insecurity affects food security; that can lead to migration and conflict,” said Ferguson. An often overlooked factor in the Syrian civil war is the role that a record-breaking drought played in driving young men off agricultural land to cities, where jobs were scarce and resources few. To avoid future Syrias, we should address the conditions which contributed to those crises to begin with, he said.

One Way to Reduce Water Use

One possible solution among several that could help bolster both water and food security is innovation. Jennifer Billings, Agriculture Development Leader at Corteva Agriscience, highlighted the potential reductions in water use that technological innovations can provide. In partnership with the Conservation Farming Unit in Zambia, Corteva has developed environmentally responsible herbicides, which greatly reduce water needed for food production. The herbicides target undesired weeds, which can consume up to three times as much water as the actual crop. Eliminating those weeds allow those in the rice industry to reduce their water use as they would no longer have to flood fields to prevent weeds.

Many of the panelists recognized the need for the development community to better integrate food and water and take a systems approach that is informed by stakeholders in the community. Eric Viala, Chief of Party at Winrock International, said that about 30 percent to 50 percent of global water systems do not work correctly at any given time. “We are not preparing those communities to take care of the water systems. And that’s a big issue. It’s a big challenge we have,” said Viala.

Self-reliance regarding water systems and water management directly relates to food security. Instead of just saving the same lives over and over again, said Viala, we need to move beyond relief and recovery and move toward self-reliance.

To continue the conversation on Twitter follow @NewSecurityBeat using the hashtag #foodsecurity and #watersecurity. You can also find related coverage on our blog at NewSecurityBeat.org. 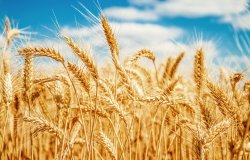 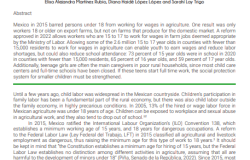 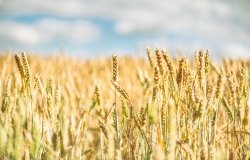 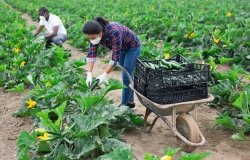