The Wilson Center's Mexico Institute and the Border Trade Alliance invite you to our fifth annual high-level "Building a Competitive U.S.-Mexico Border" conference, which will focus on improving border management in order to strenghten the competitiveness of both the United States and Mexico. Specific emphasis will be placed on a cooperative bilateral framework, NAFTA, binational economic development, and the need for efforts that simultaneously support security and efficiency in border management.

Thanks to our Partners 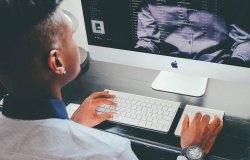